Undefeated rising star Chris “Primetime” Colbert, whose mix of speed and power have quickly made him a fan favorite, will seek his first world title when he takes on WBA Super Featherweight Champion Roger “The Kid” Gutierrez in the SHOWTIME main event Saturday, February 26 in a Premier Boxing Champions event from The Chelsea inside The Cosmopolitan of Las Vegas. 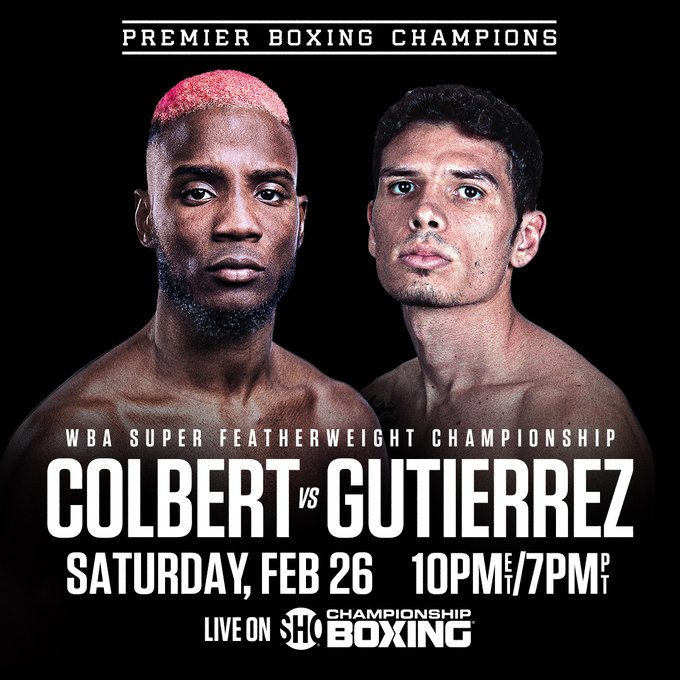