SHOWTIME CHAMPIONSHIP BOXING begins at 9 p.m. ET/6 p.m. PT and will feature the youngest reigning American world champion in Davis, as he becomes the first world champion from Baltimore to make a homecoming defense in nearly 80 years.

Tickets for the event, which is promoted by Mayweather Promotions and TGB Promotions, are on sale tomorrow, Friday, June 7 at 12 p.m. ET and can be purchased at Ticketmaster.com or at the Royal Farms Box Office Monday through Friday from 10 a.m. ET to 5 p.m. ET. 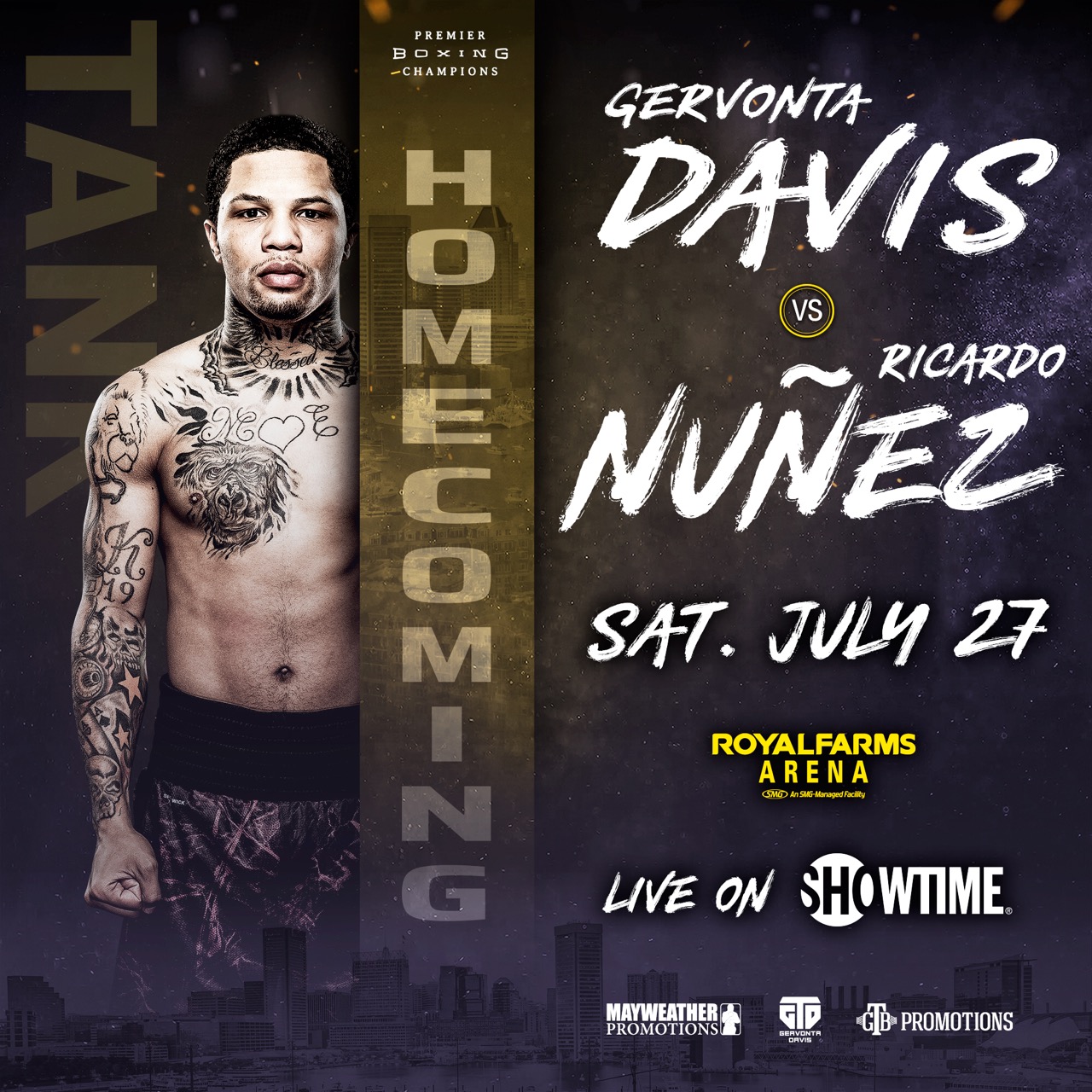