Angelo “El Chinito” Leo was born on May 15, 1994 in Albuquerque, New Mexico. Leo relates his childhood to a rollercoaster, with many ups and downs. His mom battled with alcohol and drug addiction, which led to his dad gaining full custody of him. This separated Leo from his younger brother at a young age, and their relationship suffered as a result.

Growing up Leo’s dad tried putting him into soccer and karate, but it failed to intrigue the young future fighter. He remembers a period of time during his childhood where his father would bring home boxing magazines for him to look at. Seeing all of the world champions displayed in the magazines sparked his interest and dreams of one day becoming a world champion just as his biggest boxing inspirations Roberto Duran, Sugar Ray Leonard, and Floyd Mayweather had. It was then, that an 8-year-old Leo began his boxing journey, and soon went on to become a championed amateur fighter.

In 2003, Leo made his amateur debut with a successful victory against his opponent. Later that night he was awarded for Best Boxer of the Night for his outstanding performance. After his 10th amateur fight he started traveling to tournaments nationally and realized that boxing was his calling, something he wanted to pursue long-term. Leo is a former 3x Silver Glove Regional Champion, 5-time state Silver Glove Champion, former Jr. Golden Glove champion, Desert Showdown tournament champion, state Golden Gloves champion, and advanced to nationals, but unfortunately did not place. His father, Miguel Leo continues to be his trainer and strongest support system throughout the success of his growing career.

After success as an amateur with a record of 65-10, in late 2012, he jump-started his pro career with his victorious debut on November 17th in his hometown of Albuquerque. His career started a little rocky, with his dad being his manager and trainer, he would have to convince local promoters to have Leo put on to their cards. It was tough, but they had to settle with what they were given in order for Leo to compete professionally.

At twenty-three-years-old with 10 professional fights under his belt, Leo and his father decided it was time to make the move to the boxing capital of the world, with the hopes of advancing his professional career. In March 2017, Leo began training at the Mayweather Boxing Club where he sparred with some of Mayweather Promotions’ top prospects. Impressed by his power and speed, the MBC staff kept a close eye on Leo.  8 months after his move Leo’s hard work led to Floyd Mayweather signing the undefeated Super Bantamweight prospect on November 7th, 2017. Shortly after signing, Leo was in the ring making his Mayweather Promotions’ debut on the Smith vs. Williams undercard. It was a victorious night for the young fighter who won by way of 4th round TKO over Basilio Nieves.  Leo has gone on to add 6 more wins to his growing resume, with his most recent win; a unanimous decision to defeat Neil John Tabanao in the main event of Shobox: The New Generation on April 5, 2019. This 25-year-old rising prospect looks ahead to a prosperous future and dreams of one day achieving his goal of becoming a world champion.

Leo is proud to represent Mayweather Promotions and admits that his hard work, dedication, and life’s lessons were all worth it, and have strengthened and shaped him into the fighter he is today. He currently trains at Mayweather Boxing Club with his father Miguel Leo. Boxing has become a way of life for Leo from teaching him discipline and dedication, to building the confidence that he always aspired to have. He knows that there will always be another fighter out there who wants it just as bad as he does, and if he is not prepared there’s a chance he will come up short.

With the continuous support of Leo’s father and his personal determination, he plans to climb to the top of his professional goal of one day becoming a world champion and being one of the best pound-for-pound fighters in the sport.  He wants to have multiple titles and ensure that his family is financially secure. If he wasn’t boxing he would take up his part-time hobby of being an artist and sketching. We can’t wait to see what is in store for Angelo Leo’s professional career. 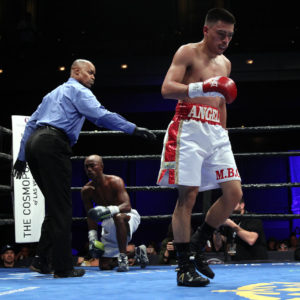 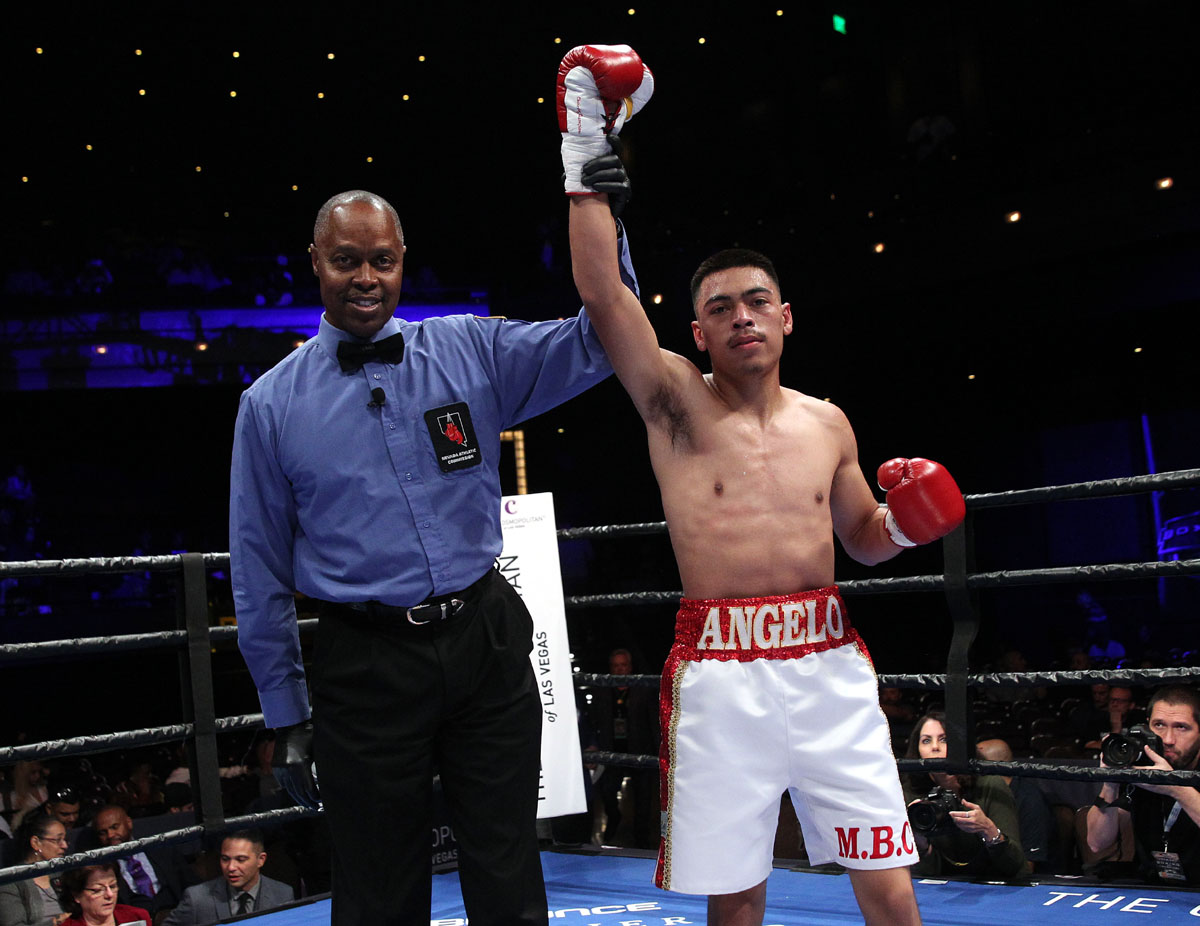 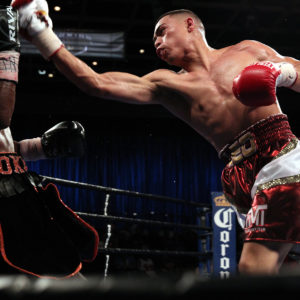 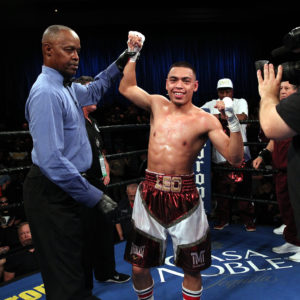 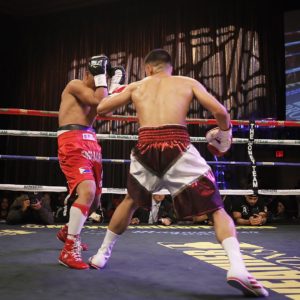 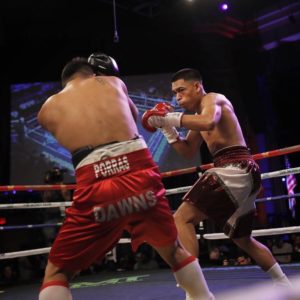 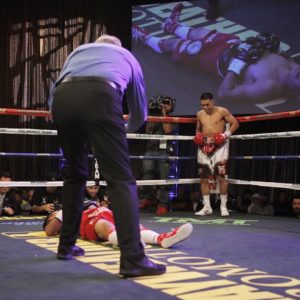 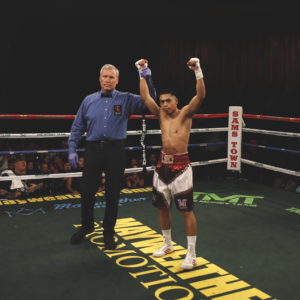 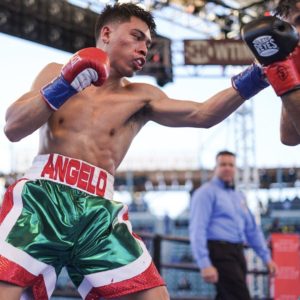 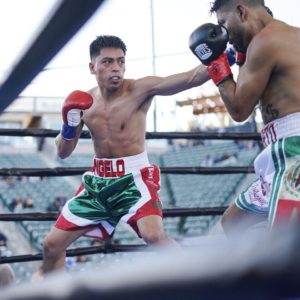 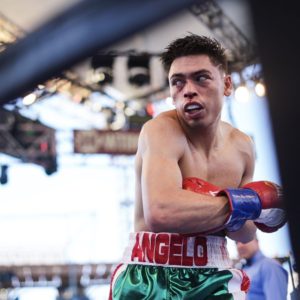 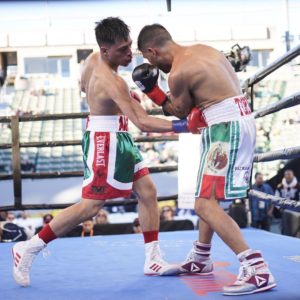 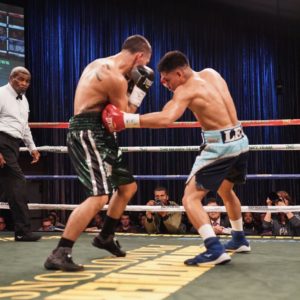 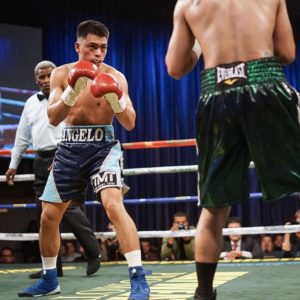 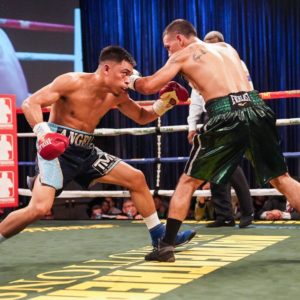