Badou “The Ripper” Jack was born October 31, 1983 in Stockholm, Sweden to a Gambian father and Swedish mother. Jack is one of eight siblings. He began boxing in 2001 at the age of 18. As an amateur, he held a record of 150-25.  In 2007, the Swedish Boxing Federation named Badou Jack boxer of the year. He then went on to qualify for the 2008 Olympic games where he represented his father’s country of Gambia.

Jack took his talents to the professional level in 2009. He arrived in the United States in 2011, impressing fans from Atlantic City to New York to Las Vegas, the city he would eventually call home. In 2012, Floyd Mayweather spotted Jack during a sparring session with Andre Dirrell. Floyd was so impressed with his unique style that he extended an invitation to him to join Mayweather Promotions.

Jack’s 2013 bouts were nothing short of a success. He made his first appearance under the Mayweather Promotions banner at The Cosmopolitan of Las Vegas on February 2, 2013 where he won in impressive fashion by knocking out Jonel Tapia in the first round. That victory was followed by a unanimous decision over Don Mouton on February 23, 2013 in Detroit. However, Jack wasn’t finished. He accompanied these wins with a stellar performance on May 4, 2013 by knocking out Michael Gbenga in the third round. Jack continued his 2013 win-streak on July 19, 2013 by earning a unanimous decision in a hard-fought battle with Ennis Farah. 2014 saw Jack face adversity in the ring for perhaps the first time in his short yet successful career. He was TKO’d by experienced fighter Derek Edwards on February 28, 2014 at the Turning Stone Resort & Casino in New York. Jack promised himself that he would never experience a loss again. He finished 2014 with an impressive win over Francisco Sierra when he stopped him in the 6th round of their bout on December 12 in San Antonio, TX. Jack’s biggest opportunity of his career thus far came on April 24, 2015 when he took on Anthony Dirrell for the WBC Super Middleweight Championship. Jack left very little doubt in the mind of the judges as he took charge from the start and dominated the fight for 12 rounds. He was crowned as the new WBC super-middleweight champion by way of unanimous decision. Jack went on to successfully defend his title on September 12th, 2015 by earning a split decision over George Groves. On April 30th, 2016, He faced Lucian Bute in his second title defense in Washington D.C., the fight ended in a majority draw in which Jack retained his title. Jack kicked off 2017 with a third-title defense and unification bout against James Degale on January 14th at the Barclays Center. The judges scored the fight a controversial draw with both fighters retaining their titles. Jack then made the decision to vacate his current WBC super-middleweight title, in order to move up to light heavyweight. He returned to the ring on August 26, 2017 to make his Light Heavyweight debut on the Mayweather vs. McGregor card against then-WBA champion, Nathan Cleverly. Jack became a newly crowned two-time world champion, gaining the WBA title from Cleverly with a 5th round TKO stoppage. Jack returned to the ring a couple of months later to face then light heavyweight world champion, Adonis Stevenson, which judges ruled a majority draw. On January 19, 2019 Jack faced the unbeaten Marcus Browne in the co-main attraction on the Pacquiao vs. Broner PPV card. As the rounds progressed, Browne gained more confidence and started to take control of the bout. Jack suffered a severe cut due to a headbutt in the 7th round, which hindered his ability to see and performance. Judges favored the unbeaten Browne and Jack suffered his 2nd career loss.

Jack is currently focused on staying ready mentally and physically and is looking forward to defending his title against whoever his next challenger will be. He credits Floyd Mayweather for helping him save his career as well as giving him the guidance and opportunity that enabled him to continue to pursue his boxing dreams. He takes delight in hanging out with his wife, daughter, son, and friends along with traveling the world in search of locations that his eyes have yet to see. His favorite flick is “Boyz n the Hood,” and if he weren’t chasing his boxing dreams, Jack says he would be an entrepreneur. 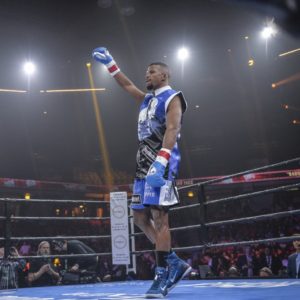 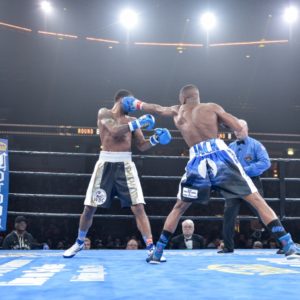 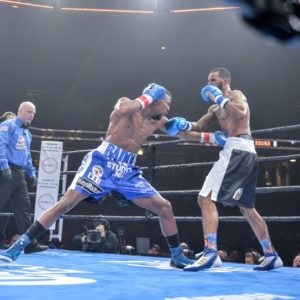 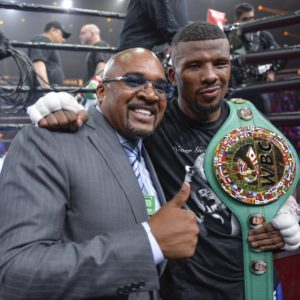 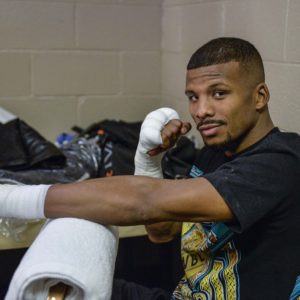 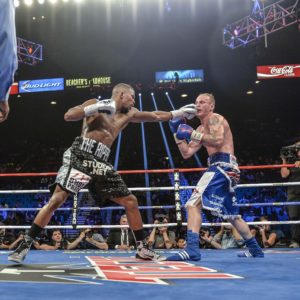 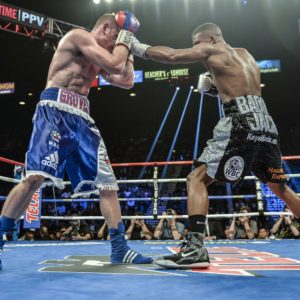 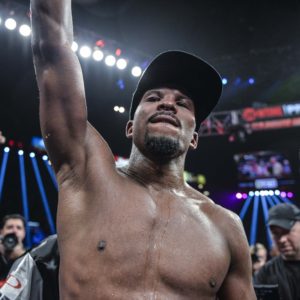 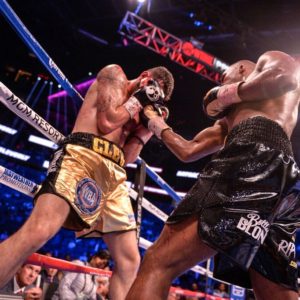 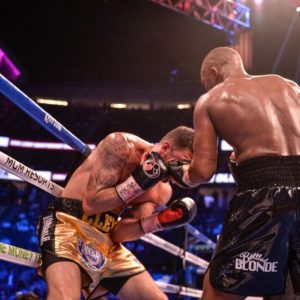 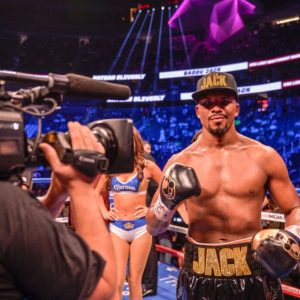 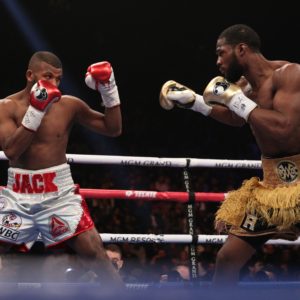 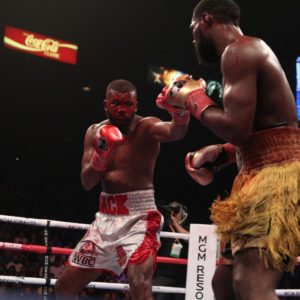 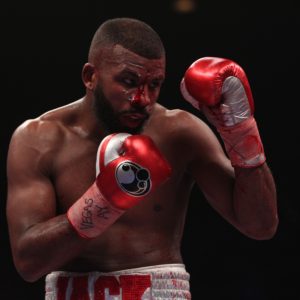 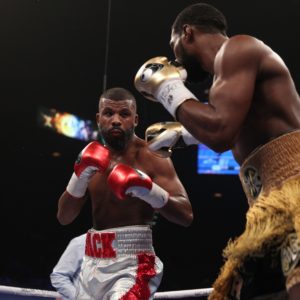