Sharif Bogere’s fierce fighting style, quick speed, and extravagant presence in the ring has rightfully earned him nicknames like “The Lion” and “The Lion Warrior.” He strives to give his fans an unforgettable show; going as far as parading to the ring draped in the head and skin of a lion. He proudly wears it as representation of his native country of Uganda and its people, who view him as a national hero.

Born on October 8th, 1988 in the capital city of Kampala, Bogere grew up with the crucial need to fight in order to survive within his poverty-stricken country. At just 8 years old, he was knocking down thugs and thieves in his neighborhood. This is something he had to hide from his mother, who was fearful of her son fighting. In order to carry out his dream in making it out Uganda he had to lie to his mother about his fighting; until she found him on the front of a local newspaper praising the young warriors fighting ability.

At 10 years old, Bogere began amateur boxing. He exhibited a natural talent for fighting. He spent his days showcasing those skills to his friends on the streets. Bogere was later approached by one of his friends who was too frightened to enter the gym alone, about training at the Kampala Boxing Club, Bogere agreed to join. He recalls not having one designated trainer during his time there; everyone at the gym did their part in teaching the young boys how to fend for themselves inside of the ring. This journey through adversity, even on some days having to share mouthpieces, no access to water or resources to train properly with hand wraps. Bogere prospered and considers it to be the ultimate learning experience. He was exposed to multiple fighting styles and techniques that molded him into the fighter he is today.

Bogere came to the United States in 2007 for the Olympic qualifying tournaments in Chicago. Before he could take part in the tournament, the ambitious fighter decided to head to Las Vegas in hopes of beginning his professional career. At 19 years old Bogere began training at Top Rank Gym under the guidance of Mike McCallum and in April 2008, made his professional debut in dominating fashion with a KO win over Ed Lee Humes. He continued collecting wins in his next 12 bouts before joining Golden Boy Promotions in 2010. Bogere became an unstoppable force inside the ring and added more victories to his record. In May 2011, he faced Raymundo Beltran for the vacant WBO NABO lightweight title where Bogere came out victorious winning by unanimous decision. Five months later, he was back in the ring to defend his title against Francisco Contreras, resulting in a win by way of KO. In March 2013, his winning streak came to an end after losing to Richard Abril for the WBA World Lightweight title, the judges ruled Abril the winner by way of unanimous decision. Bogere pulled himself up from his loss and continued working hard on his training.

Through connections in the boxing industry, Bogere and his trainer set up a meeting with Leonard Ellerbe and the legendary Floyd Mayweather. After witnessing his potential, Bogere was immediately signed to Mayweather Promotions in March 2016. Since signing with Mayweather Promotions, Bogere has defeated every opponent he has been up against. Bogere recently came off a torn achilles injury he suffered while training for an upcoming fight in October 2016. His first bout since recovering was a UD victory against Jose Luis Rodriguez on October 21st, 2017 at Sam’s Town Live. After a recent tough loss to Javier Fortuna on the February 9, 2019 Davis vs. Ruiz undercard, Bogere put a halt to his 9-fight win streak. Bogere will take this defeat as another lesson learned and looks ahead to his next opportunity. 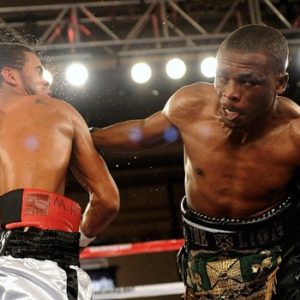 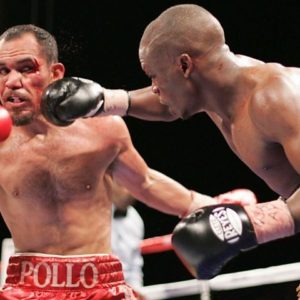 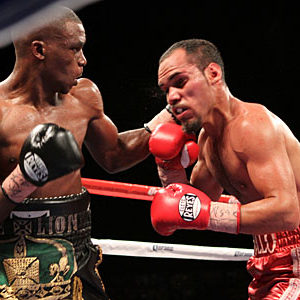 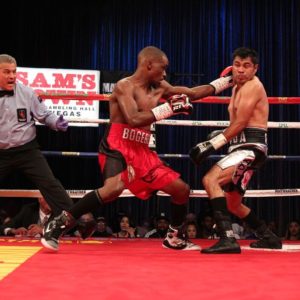 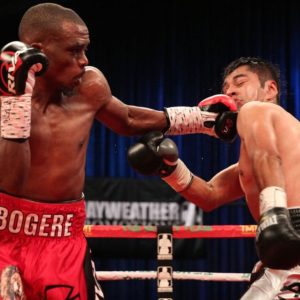 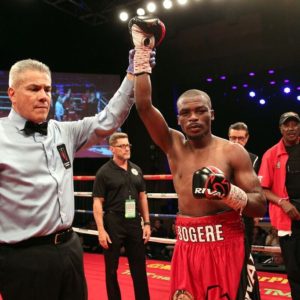 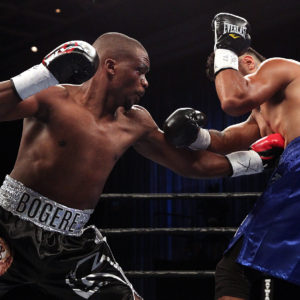 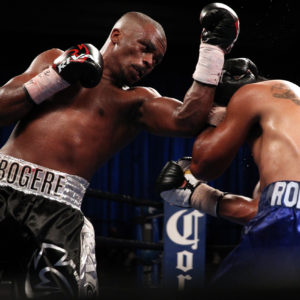 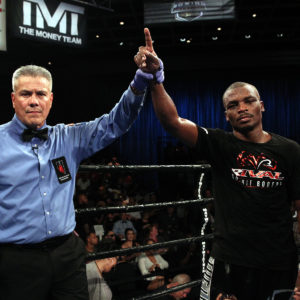 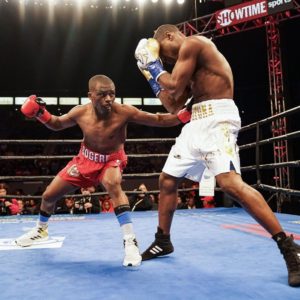 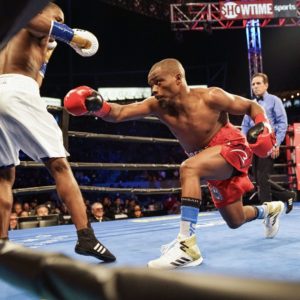 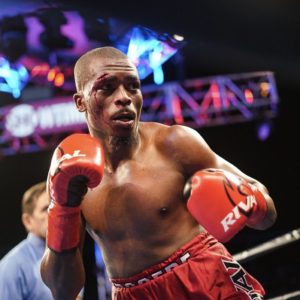