Five Things You Might Not Know about Gervonta Davis

Gervonta Davis (24-0-0) headlined another Showtime PPV event when he took on Mario Barrios (26-0-0) on Saturday, June 26, 2021 at State Farm Arena in Atlanta, Georgia. Davis went up to the light welterweight division for the first time in his career to challenge the former undefeated Barrios, who holds the WBA (Regular) championship belt.

Davis planned to take that belt away on Saturday and add it to the list of championship belts he has won, from IBF super featherweight, to WBA (regular) lightweight and WBA (super) featherweight titles.

Looking back on this exciting bout, let’s test your knowledge with five random things you may or may not know about Davis. 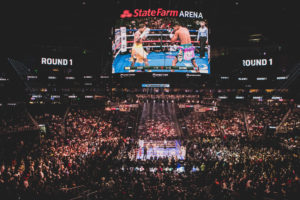 Number 1: You know he’s called “Tank,” But did you know how he got that nickname? Growing up, Davis was given the nickname “Tank” by one of his early coaches because his head was oversized in comparison to his body and the nickname stuck. The nickname was perfect for the young fighter, as he developed his boxing skills by steamrolling and crushing his opponents. 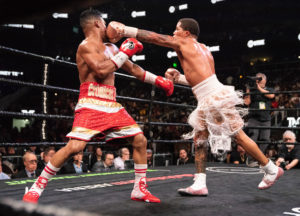 Number 2: You know he’s signed by Mayweather Promotions. But did you know that before he moved his training camps to Las Vegas, Davis trained in Baltimore, Maryland, where he grew up? When Davis was five years old, he was involved in a neighborhood altercation. To prevent him from going down a negative path, his uncles James Walker and Edwin Hanks brought him to Upton Boxing Gym in Baltimore, Maryland. Davis still trains under the guidance of his longtime boxing coach, Calvin Ford. Ford by the way was the inspiration for the character Dennis “Cutty” Wise on the HBO hit series “The Wire.” 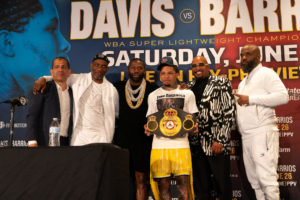 Number 3: And do you know how Davis met Floyd Mayweather? It was during one of Adrien Broner’s training camps back in the summer of 2015. Later that year, Davis went on to sign with Mayweather Promotions, where he’s taken his career to new heights. As part of Mayweather Promotions, Davis got his first title opportunity against the then-IBF champion, Jose Pedraza, resulting in an upset win and “TKO of year” candidate over the Puerto Rican fighter. Since then, Davis has gone on to amass a slew of belts and plans to add another after the Barrios fight. 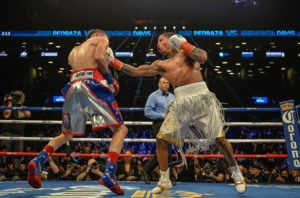 Number 4: You might know that Davis is a young guy in his 20s. But did you know that he was born in 1994? Other famous people born in 1994 include Justin Bieber, Lil Baby, and Harry Styles. Also, 1994 was the Year of the Dog in the Chinese Zodiac calendar. The Dog is a symbol of wealth, which sure fits Tank, and the Dog keeps fighting until they succeed. Eerie, that’s Tank for sure! Furthermore, did you know his birthday is November 7th? Davis shares his November 7, 1994 birthday with musical artist Shamir. Lorde was also born on November 7th, but two years later in 1996. That makes Davis a Scorpio, which means he’s got a venomous sting, or his punches do at least. Like the scorpion, Scorpios lie in wait and strike when least expected. Scorpios are passionate, assertive people with tremendous determination and focus. Dedicated and fearless, Scorpios are ruthless opponents. Enough said, maybe this astrology thing is for real, because that’s Tank for you! 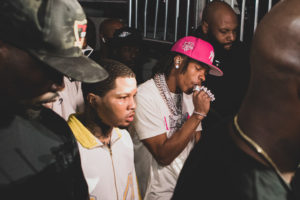 Number 5: Finally, you’ve seen that he’s all tatted up with some amazing body art. Did you know the story behind his tattoos? They reflect his faith in God, as well as other inspirations and triumphs. Here’s an article about the meaning behind some of them:  TattoosGervonta Davis’ 21 Tattoos & Their Meanings. More recently, he’s added a tribute to his little girl, a truly beautiful likeness.

Bonus Question:  What’s next for Tank now that he’s defeated Mario Barrios? Let us know what you think!