Get to Know James DeGale 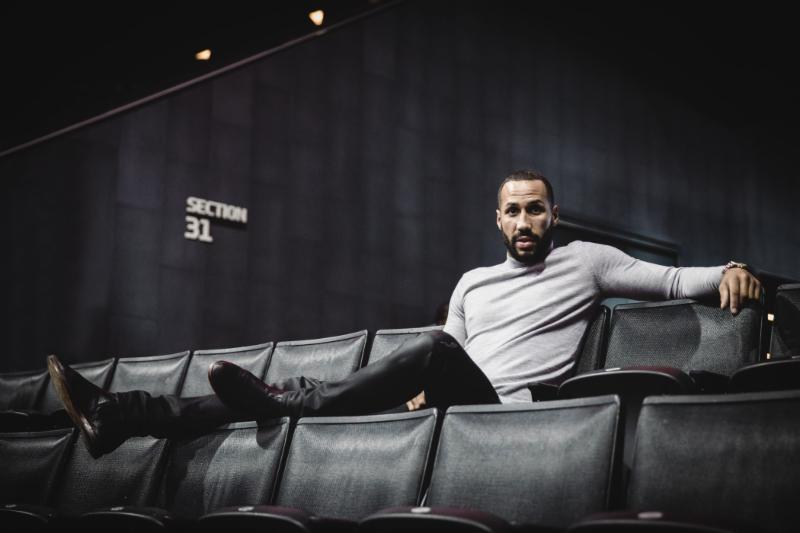 BROOKLYN (January 3, 2017) — IBF Super Middleweight World Champion James DeGale has already made his name as a road warrior and will look to put on another great performance away from his London home when he takes on fellow super middleweight world champion Badou Jack in their 168-pound unification showdown on Saturday, January 14 from Barclays Center in Brooklyn and live on SHOWTIME.

DeGale arrived in the U.S. on Friday, December 30 and will finish up his training at the famous 5th Street Gym in Miami ahead of the matchup in Brooklyn.

“It’s great to be back in America again for the biggest fight of my life,” said DeGale. “Everything has gone fantastically in my training camp in England and now we’ll spend these last 10 days down here in Miami before heading up to New York for fight week.

“Now I’m focused on getting in the zone for Jack and priming my mind to win. I won my world title in the U.S., I’ve defended it here and now I’m going to unify it here. To do what no other British super middleweight has done — and there have been numerous greats at 168-pounds — fills me with pride and will cement my legacy in the division.”

Tickets for the live event, which is promoted by Mayweather Promotions and DiBella Entertainment, start at $25. Tickets are available now and can be purchased online by visiting www.ticketmaster.com, www.barclayscenter.com or by calling 1-800-745-3000. Tickets are also available at the American Express Box Office at Barclays Center. Group discounts are available by calling 844-BKLYN-GP.

Take a look below at some interesting facts that have led DeGale to his January 14 showdown:

1. DeGale was born in London to an English mother and British-
born black father whose parents originate from Grenada. He has three siblings, all older than him — two brothers and a sister. He also has a nephew and niece.

2. DeGale was a mischievous child and would get into all kinds of
trouble especially at school. His grandfather suggested to his parents to let him take up boxing to channel his energy.

3. At the age of nine, DeGale walked into his first boxing club (Trojan in
Harlesden), took up boxing and he has never looked back.

5. DeGale was a student at the renowned Barbara Speake Stage School
in London and showed promise in singing and dancing, but his bad behavior got him expelled.

6. DeGale had a tough stretch at about the age of 13-14 when he went off the
rails and did not go to the gym for months. This all changed when his parents had enough of his wayward behavior and told him if he didn’t change his ways and go back to boxing he would go to Social Services.

7. Since that day he has gone from strength to strength. He was chosen for
Young England at 14-years-old, won major amateur tournaments and after the NABCs DeGale was chosen from the England Podium Squad. He traveled the world competing in major competitions winning bronze in the 2006 Commonwealth Games and in 2006 was chosen for GB Podium squad to represent his country at the 2008 Olympics in Beijing.

8. He was the sole member of the 2008 boxing team to return with a gold
medal and was awarded the MBE (Member of the Order of the British Empire) by Her Majesty The Queen for his remarkable achievement.

10. DeGale then made British history by becoming the first British Olympic
gold medalist to win a professional world title.