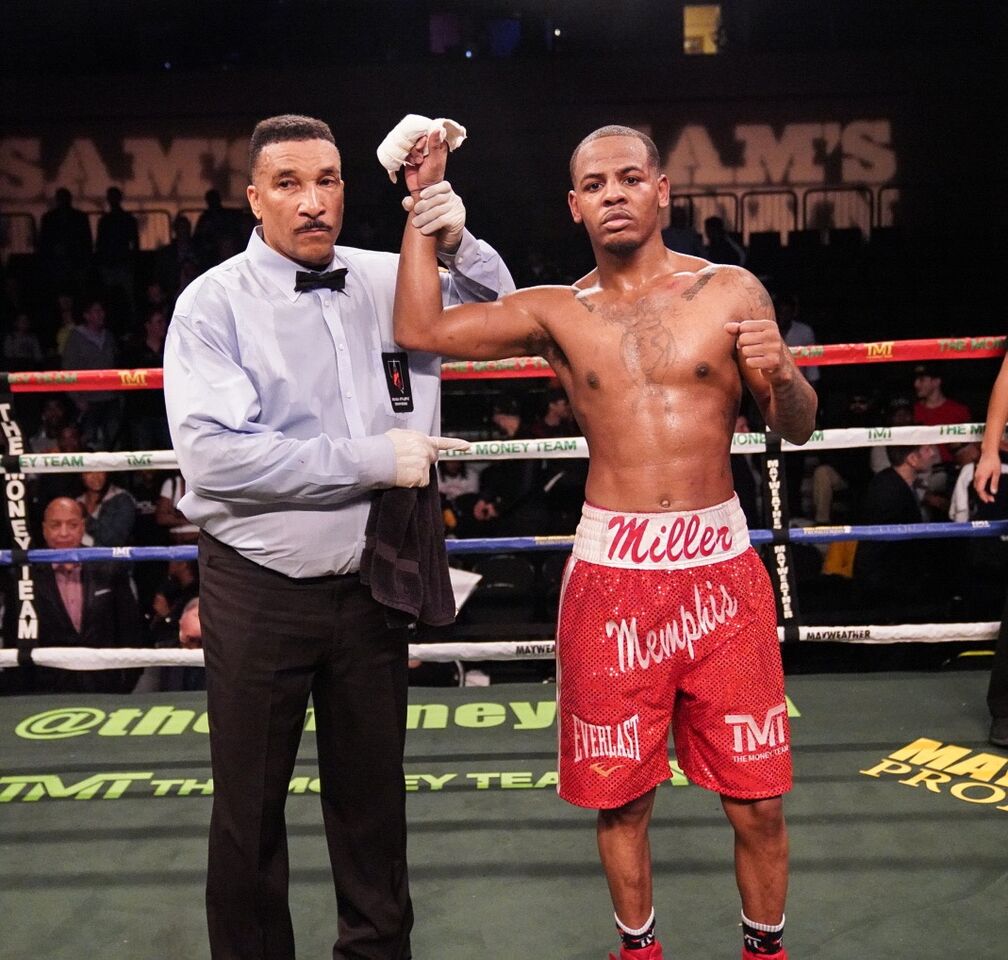 After 10 rounds of action, Ladarius Miller (18-1, 5 KO’s) outpointed his opponent Ricardo Garcia (14-4-1, 9 KO’s) to earn the majority decision victory. Both fighters began the bout feeling each other out in the early rounds, waiting for the perfect opportunity to throw well-timed punches.  They picked up the momentum and began exchanging combinations in the 3rd round and continued to pick up the pace throughout the bout.  Miller began to close the distance and lure Garcia into an all-out brawl in the final rounds. The judges scored the bout a majority decision in favor of Ladarius “Memphis” Miller.

“I felt like I made the fight tougher than what it should’ve been, stated Miller.” “I don’t want to say I was lazy tonight, but I didn’t let my hands go enough, but I did what I had to do to get the win. The guy was a veteran and he came to fight. We already trained to not underestimate anybody, so I think I just have to go back to the drawing board and train harder and work on the mistakes that I made tonight. I definitely have to work on pulling the trigger a lot more. All in all, it was a good fight and we came out and did what we had to do and the main objective, get that win. I want to thanks to Mayweather Promotions for the opportunity, we are going to keep working.”

“I don’t agree with the judge’s decision tonight, says Garcia.” “I think they were unjust because from my understanding I kept the rhythm of the fight the whole time.  He didn’t hit me with any blunt blows that you can see. I threw the better, cleaner punches. I don’t know why the judges made this decision. I think my performance was great, my corner says I did a good job and the only thing that was left was the decision from the judges.”

Former WBC Super Middleweight contender, Ronald “The Thrill” Gavril (19-3, 15 KO’s), was in the co-main event vs. New Jersey native Antowyan Aikens (12-6-1, 1 KO) in a Super Middleweight battle. Gavril let his hands go from the start of the bout. He kept the pressure on and 2:20 into the 2nd round, the referee put a halt to the bout after Gavril knocked down Aikens for the third time in the round, granting Gavril the TKO victory.

“I feel very good, I worked extremely hard this training camp for this fight, shared Gavril.” “My last fight was February of this year. I took a little bit more time off after my title fight with David Benavidez and I came back and I’m happy with how I boxed in this fight. It doesn’t matter how, but I’m looking to win every fight from now on. I’m ready to get back in the gym and stay prepared to fight anyone in my division.”

“I need to start training harder and smarter, said Aikens.” “I’m going to stay in the gym like I’m supposed to, not miss days, not cut corners, and do what I got to do and stop letting stuff get me out of focus. My corner gave me the right advice and were telling me to throw 2-4-6 which is throw 2 jabs, 4 jabs and 6 jabs which would have kept him at bay, but I kept waiting too long and I let him counter over the top.”

Undefeated super bantamweight, Angelo “El Chinito” Leo (15-0, 8 KO’s), kept his perfect record in tact by defeating rugged Oxnard native Erik Ruiz (17-8-1, 7 KO’s) by unanimous decision in an 8-round bout. Undefeated self-proclaimed knockout artist, Rolando “Rollies” Romero (7-0, 6 KO’s), claimed his 7th victory by an impressive TKO 0:45 in the 2nd round over his opponent Rondale Hubbert (12-8-1, 7 KO’s). Former WBC champion, Ava “The Lady of Boxing” Knight (17-2-4, 5 KO’s) entered the ring determined to earn a victory and did just that by defeating the tough Mayela Perez (19-23-4, 10 KO’s) by unanimous decision in a 6-round action-packed bout. Super welterweight, Sanjarbek Rakhmanov made his return to the ring and improved his record to (11-1-1, 5 KO’s) with an impressive unanimous decision over Texas native, Jonathan Steele (8-2-1, 6 KO’s). In the opening bout of the night, we saw rising prospect from Staten Island, New York, Kenny Robles (5-1, 2 KO’s), defeat Matt Doherty (8-7, 4 KO’s) by unanimous decision in a 6-round super lightweight battle to open the night.