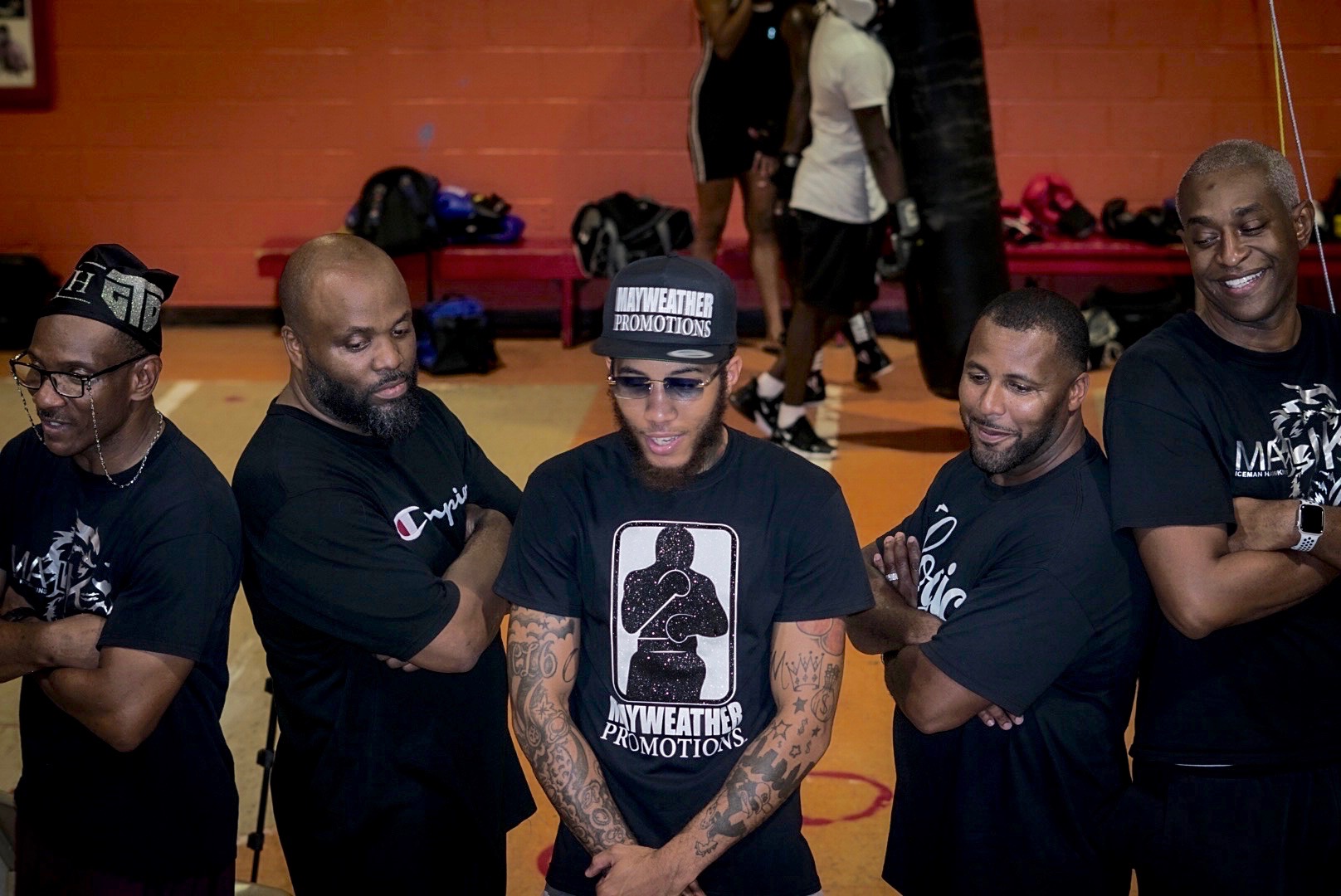 Malik Hawkins was born and raised in West Baltimore, MD where he began competing at age nine. His amateur career consists of multiple national championships, a bronze medal from the 2012 Jr. Olympics, and an impressive record of 160-15. In 2014, Hawkins turned pro and made a powerful statement during his debut with a KO victory over his opponent.

The quickly-rising, twenty-three-year-old, prospect has fought his way to sixteen straight victories and four Showtime appearances. On July 27th Hawkins appeared on the Davis vs. Nunez card, and put on a spectacular performance against Jonathan Steele in front of a sold-out hometown crowd at Royal Farms Arena. His talent and hunger caught the eye of Mayweather Promotions CEO, Leonard Ellerbe, ultimately leading to the signing of the undefeated Welterweight.

“It feels great. I can’t believe the day is finally here; signing with Mayweather Promotions. This experience has really taught me that being patient and putting in the hard work will get you through anything in life, Hawkins said. “It’s a plus having my brother, Tank, someone I grew up with and train with fighting in the same stable too.

Hawkins and Davis are both trained by Coach Calvin Ford, who fully supports the move for the young prospect to Mayweather Promotions.

“It will be a test of time. There are a billion boxers out there. I believe Mayweather Promotions is the perfect platform to help Malik stand out from the rest,” said Ford.

“Adding this young hungry prospect who has already had a great start to his career puts us in position to open doors and create opportunities for him, says Mayweather Promotions CEO, Leonard Ellerbe. He has a very bright future ahead. I can’t say enough that we’re extremely excited to bring Malik Hawkins aboard!”