With Almost 4,000 Boxing Fans in Attendance! 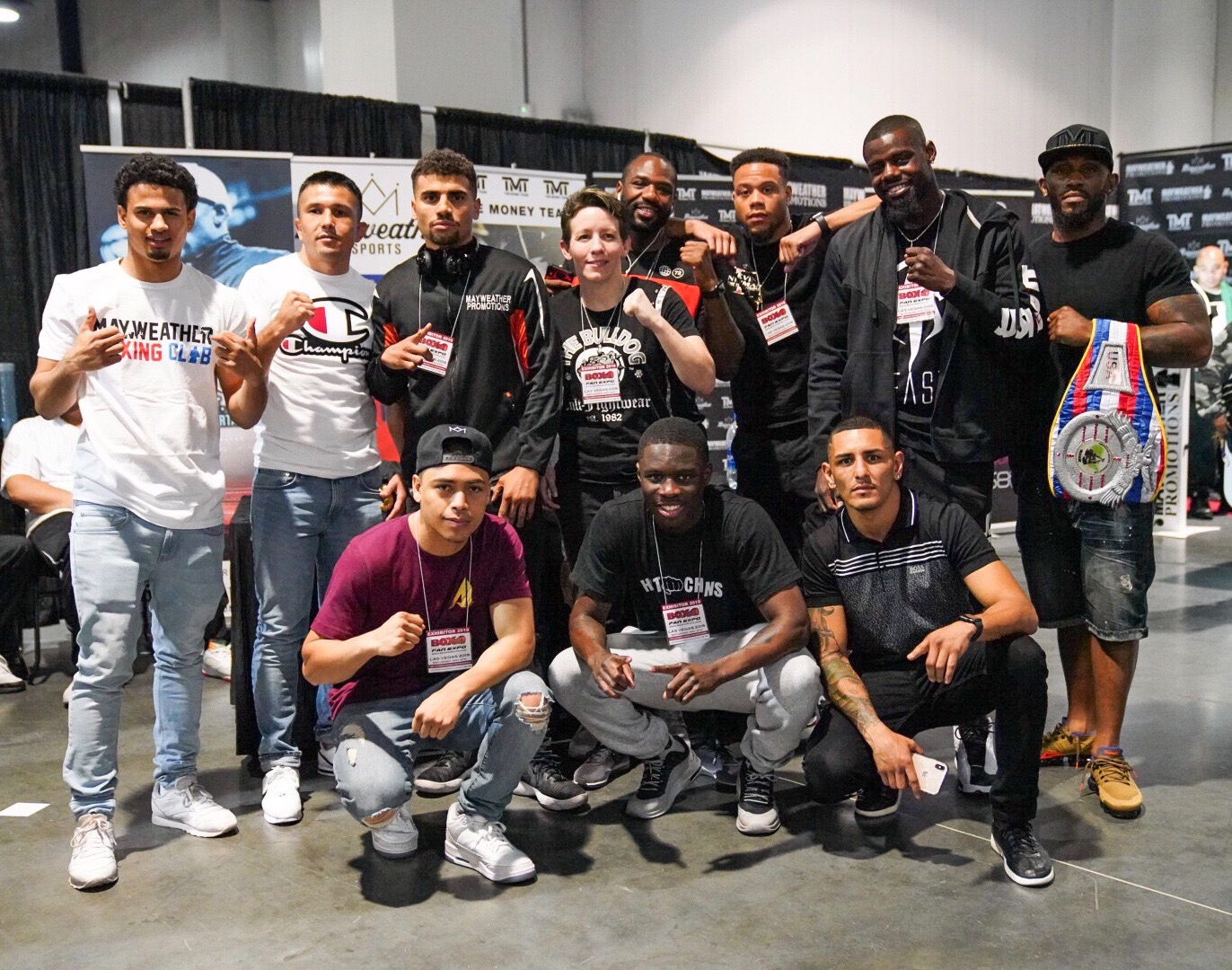 LAS VEGAS, NV (May 4, 2019) – Mayweather Promotions was proud to have made their 4th appearance at the Annual Box Fan Expo that took place at the Las Vegas Convention Center over the Cinco De Mayo weekend! The event brought together fight fans and vendors from numerous parts of the globe for a day of knockout fun. The Expo saw its biggest turnout to date, with close to 4,000 fans in attendance.

Mayweather Promotions supported Center Ring Boxing Club in hosting the 2nd Annual Box Fan Expo Invitational that took place in conjunction with the expo. The Amateur Tournament comprised of 14 amateur bouts where top amateur fighters from the USA Boxing program competed against the best in their respective divisions. Participants came from various states including: Nevada, Texas, Utah, California, Oregon, New Mexico, and Missouri to display their skillset in front of the thousands in attendance. All who participated were winners, as they left with a Mayweather Sports (MWS) t-shirt courtesy of Mayweather Promotions. The winner of each bout received a custom Box Fan Expo Invitational 2019 belt. Runner-ups received a custom medal. Additionally, the invitational host, Joe Banales, selected 3 participants for their overall performance to receive custom fight gear and merchandise courtesy of Mayweather Promotions and Rival Boxing. North Las Vegas Center Ring Boxing Club is a Las Vegas based non-for-profit organization that is dedicated to providing youth with a constructive alternative to self-defeating behavior through athletics, academics, and community service programs.

Mayweather Promotions’ booth brought out a variety of the stable’s stars including: Andrew Tabiti, Juan Heraldez, Ronald Gavril, J’Leon Love, Angelo Leo, Richardson Hitchins, Rolando Romero, Lionell Thompson, Sharif Bogere, Kevin Newman, Maurice Lee, Layla McCarter, Sanjarbek Rakhmanov, and Lanell Bellows. PLUS- A surprise visit from Floyd Mayweather Sr., who was a great addition to the already fan friendly meet-and-greet experience! The popular exclusive pop-up shop that featured The Money Team (TMT), Mayweather Sports (MWS), and Mayweather Promotions brands has also become a staple that the fans look forward to for their shopping experience. To capture all the moments 4EvrFoto brought out the custom branded roaming photo booth to catch all the attendees as they made their rounds, as well as the stationary photo booth with interactive props.

“I always enjoy coming out to the Expo because of the great atmosphere that the boxing community brings together and getting to spend time meeting fans from all over the world,” said Andrew Tabiti. Andrew Tabiti is looking forward competing in the WBSS Semi-Finals Super Series in Riga, Latvia to face Yunier Dorticos on June 15.

“This is my 2nd time attending the Expo and it’s nice to see the past and current champions and the future of boxing that come out for this event,” says Juan Heraldez. “It’s also nice to see how it impacts the boxing community by showing them that it’s possible to make it in this industry.” Juan Heraldez will be making his SHOWTIME CHAMPIONSHIP BOXING debut as the opening bout on the upcoming Wilder vs. Breazeale triple-header from the Barclays Center, the home of BROOKLYN BOXING™ on Saturday, May 18th.  The SHOWTIME CHAMPIONSHIP BOXING telecast will begin live at 9 p.m. ET/6 p.m. PT.

“It was a great experience for me going to the Box Fan Expo for the first time,” shares Richardson Hitchins. “I think it’s great that the boxers get the opportunity to get exposure by interacting with the fans and media in attendance. I can’t wait to go back next year!”” Richardson Hitchins is scheduled to fight on the upcoming Wilder vs. Breazeale undercard at the Barclays Center, the home of BROOKLYN BOXING™ on Saturday, May 18th. His bout will streamed as part of SHOWTIME CHAMPIONSHIP BOXING COUNTDOWN beginning at 6:30 p.m. ET/3:30 p.m.