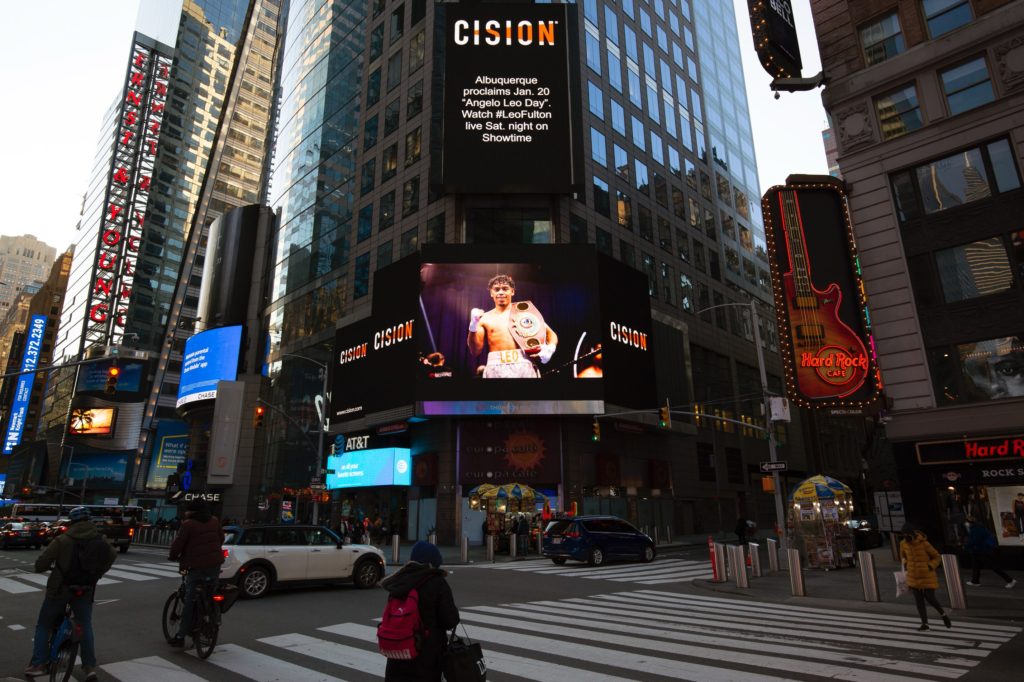 The hometown champion spent most of his life in Albuquerque before turning pro. He was first introduced to the sport of boxing by his father Miguel at eight years old becoming a highly touted amateur within a few years. In 2017, after experiencing some hardship and homelessness, the resilient father-son-duo struck gold and caught Floyd Mayweather’s eye. Leo was signed to Mayweather Promotions on November 7, 2017 and made his promotional debut a few weeks later. Eight fights later, the fast-rising prospect won the NABO title when he defeated Cesar Juarez by TKO on the Davis vs. Gamboa undercard on December 28, 2019.

“It’s an honor to be recognized by my hometown, said Leo.” “Albuquerque is a boxing town, we’re just a small town so a lot of talent never makes it out, so to be here is a blessing. Thank you, Councilor, Klarissa Pena for making this happen and the entire City Council, to my fans, my family, my dad who’s been here every step of the way and of course, my team at Mayweather Promotions for putting me in a position to get this opportunity. I will continue to make my city and fans proud.”

ABOUT LEO VS. FULTON

The first SHOWTIME CHAMPIONSHIP BOXING telecast of 2021 begins at 9 p.m. ET/6 p.m. PT and features a co-main event between unbeaten 122-pounders Ra’eese Aleem and Victor Pasillas for the interim WBA title. In the telecast opener, rising prospect Rolando Romero squares off against Avery Sparrow in a 12-round lightweight bout.