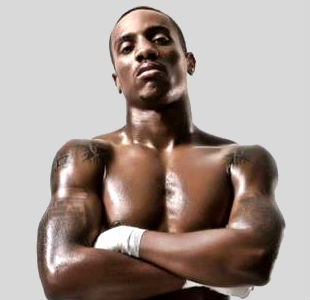 If you follow Chris “Young King” Pearson (14-1, 10KOs) on social media, you will see he’s been in the gym every day training hard since his last fight on April 30th, when he successfully defeated Joshua Okine, hashtagging all his posts with “#titleszn”. Getting closer to a title shot is the only thing on the 26 year old middleweight prospects mind, as he prepares for his next fight against Justin “The Chosen One” DeLoach (16-1, 8KO’s). “I am proud of all the fighters on my team becoming world champions, and now it’s my time, it’s title season and I will become a world champion,” says Pearson. The matchup between Pearson and DeLoach will take place on Friday, February 24th, and will be the event’s headliner  on Showtime’s ShoBox: The New Generation series.

The fight between these two fighters was originally slated to take place last September on the Smith vs. Galarza undercard, however the bout was delayed due to a cut Pearson suffered above his right eye during training camp. Instead, the then-undefeated rising contender Domonique Dolton stepped in his place to take on the crafty Justin DeLoach, in which DeLoach escaped with a close-but unanimous decision. Fast-forward five months later, Pearson and DeLoach will finally meet in the ring at Pechanga Casino & Resort on February 24th. “The delay with this fight has made me more hungry,” says Pearson, “I have a lot of respect for DeLoach, he’s an athletic skillful fighter, but I’m more skillful and athletic.”

The multi-talented Chris Pearson received scholarships from D1 colleges for both basketball and football, however he turned down both and decided to turn his focus to boxing. “I’ve beaten world-class fighters, Olympians, and sparred with the best,” Pearson admits.  Pearson believes every fighter has to fight their own fight and plans to be the better fighter come fight night. Both fighters have tasted defeated only once in their career. Pearson touts his lone loss to Eric Walker as a learning experience, and has used the setback as motivation to re-focus and get back on the winning track.

When asked about his thoughts on Mayweather Promotions’ growing stable of fighters Pearson points out, “Floyd is surrounded by people who have an eye for talent, so I’m not surprised with all the new talent we have in our stable.” He jokingly admits that the new generation of fighters is exciting and motivates him that much more to get that title shot. Pearson reflects a time when now IBF Lightweight champion Gervonta Davis used to ask him to put him on Floyd’s radar, “he [Gervonta Davis] only needed an opportunity and Floyd kept his word and gave him one, now he’s a world champ.” A fighter’s career is defined by their determination, hard work, and ability to remain focused and Pearson believes this year is his. He is more focused, hungrier, and eagerly awaits his upcoming opportunity Friday, February 24th as the ShoBox Next Generation headline event against Justin DeLoach.