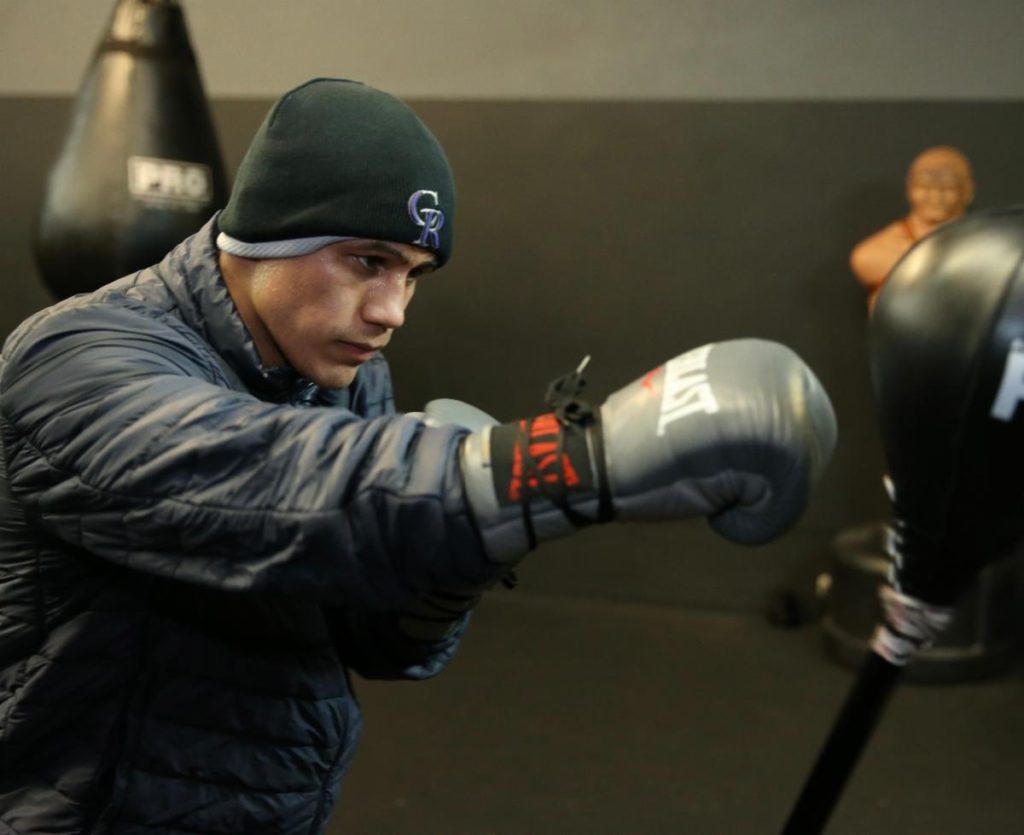 BELL GARDENS, CALIF. (May 10, 2021) – Former unified super bantamweight world champion Danny Román will look to take one step closer to regaining his champion status when he takes on Ricardo Espinoza Franco in the co-main event of action live on SHOWTIME (10 p.m. ET/7 p.m. PT) this Saturday, May 15 in a Premier Boxing Champions event from Dignity Health Sports Park in Carson, California.
The 31-year-old Román (27-3-1, 10 KOs) made his ring return after losing his unified titles in January 2020 last September, when he bested former champion Juan Carlos Payano on his way to a unanimous decision. The Los Angeles-native captured his first title with a 2017 stoppage of Shun Kubo, before unifying belts with a triumph over T.J. Doheny in 2019, and eventually lost the belts via a narrow decision against Murodjon Akhmadaliev.
Here is what Román had to say about his training camp, his matchup Saturday and more:
On his recent training camp:
“The final days of camp are wrapping up now before we head to the bubble. As always, the sparring we got was top notch. My coach Eddie González and I have relentlessly been working every day to get me in the best shape of my life. These last two months have been demanding, but I know all the hard work will all pay off on fight night.”
On fighting in Southern California on SHOWTIME:
“Everyone knows Southern California is a breeding ground for boxers and the fans always show support for their hometown fighters. SHOWTIME has had some tremendous fights showcased out here and I plan to keep that tradition going strong. I plan to put on an entertaining fight for the fans by being explosive with my effort.”
On his matchup with Ricardo Espinoza Franco:
“This is not going to be an easy fight because I know my opponent is a tough fighter from Tijuana who is coming with everything he’s got. He’s got a lot of power, so I must be smart on how I throw my combinations. I believe my experience in big fights is going to be the difference on May 15. I’m expecting a rough fight and I’m ready for an intense battle.”
On his quest to become a world champion once again:
“Everything I do in boxing from here on out is to regain my status as a world champion. I’ll do whatever it takes to put me back in that position. A victory on May 15 will get me one step closer to that goal. I know in my heart I will become a world champion once again.”
# # #
ABOUT NERY VS. FIGUEROA
Nery vs. Figueroa will see two elite undefeated 122-pound champions meet as Luis Nery defends his WBC Super Bantamweight World Championship against Brandon Figueroa in a 12-round showdown live on SHOWTIME Saturday, May 15 from Dignity Health Sports Park in Carson, Calif. in a Premier Boxing Champions event.
In the SHOWTIME CHAMPIONSHIP BOXING co-feature, former unified super bantamweight world champion Danny Román faces Ricardo Espinoza Franco in a 10-round battle at 122 pounds, while undefeated rising star Xavier Martínez meets former world title challenger Juan Carlos Burgos in a WBA Super Featherweight Title Eliminator scheduled for 12 rounds to open the telecast.
The event is promoted by TGB Promotions. Martinez vs. Burgos is promoted in association with Mayweather Promotions.
Tickets are on sale now and can be purchased at AXS.com. Dignity Health Sports Park will be open to fans in a limited capacity, with all guests remaining socially distanced and subject to local and state health guidelines throughout the event.
For more information visit www.SHO.com/sports, www.PremierBoxingChampions.com, follow on Twitter @ShowtimeBoxing, @PremierBoxing and @TGBPromotions on Instagram @ShowtimeBoxing, @PremierBoxing and @TGBPromotions or become a fan on Facebook at www.Facebook.com/SHOBoxing.
CONTACTS:
SHOWTIME Sports: (212) 708-1734
Tim Smith, PBC: (702) 843-3400
TGB Promotions: (818) 817-8001
Steve Pratt, BZA: (310) 408-4555
Nicole Craig, Mayweather Promotions (702) 807-1788
Swanson Communications: (202) 783-5500, contact@swansonpr.com