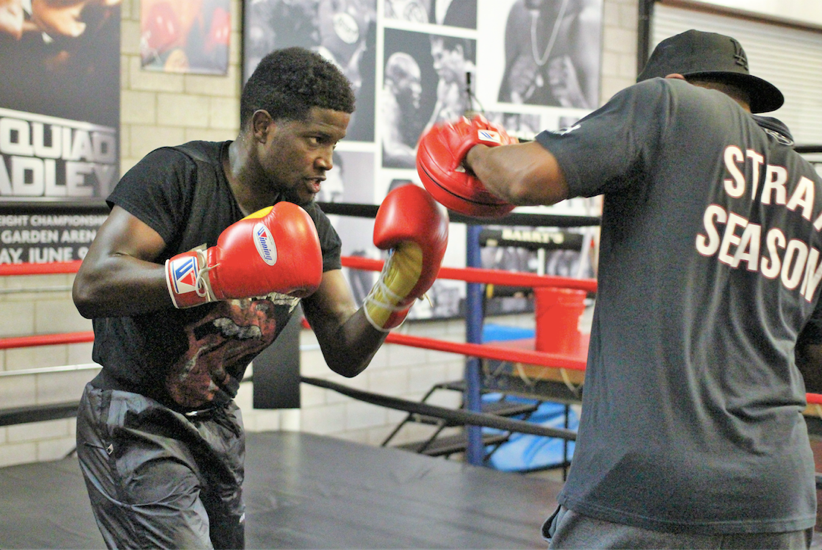 LAS VEGAS (February 5, 2019) – Super welterweight contender Erickson Lubin will enter the ring under the guidance of coach Kevin Cunningham for the first time when he steps into the ring this Saturday against former world champion Ishe Smith as part of SHOWTIME CHAMPIONSHIP BOXING COUNTDOWN from Dignity Health Sports Park, formerly StubHub Center, in Carson, California and presented by Premier Boxing Champions.

Lubin will fight for the second time since losing his first world title challenge to Jermell Charlo in 2017, and for the first time with his new coach. The Orlando-native began training camp in West Palm Beach, but has been training in Las Vegas for the last month since the team moved west to finish the training camp for Adrien Broner’s fight against Manny Pacquiao.

Here is what Lubin had to say about Saturday’s fight and more:

On his matchup against Ishe Smith:

“Ishe Smith has been in the ring with the best of them and he’s never been stopped.  He knows how to fight and I’m expecting him to be at this best.  I will have to dictate the pace right from the opening bell.  My goal is to be the first person to take him out, but if it goes the distance, I’m okay with that as well.  I’m going to win this fight and win it impressively.”

“Kevin is a no-nonsense type of guy. He’s going to tell you the truth if you like it or not.  If I’m doing something wrong in his eyes, he’s going to speak on it right away.  He’ll do the same if I’m doing something right, so I like his style of training and I’m learning more each day we are together.  This will be our first fight together and I’m excited to get back in the ring.  We have a nice game plan in place that we will execute on fight night.”

On training in Las Vegas for the first time in his career:

“Training in Las Vegas is no joke, because we are training in higher elevation than what I’m used to in Florida.  Getting away from the distractions at home has been relaxing.  I’ve been getting great sparring and my timing is right on point.  Las Vegas is definitely the place to be for high level sparring and training.”

On fighting in Southern California for the second time in his career:

“I really like fighting on the west coast.  The fans are great, and the weather is beautiful.  I know we’ll be fighting outdoors so I’m looking forward to that.  Everyone knows this venue has hosted some really good fights.  I’m looking to steal the show on Saturday night.”

ABOUT DAVIS VS. RUIZ

Tickets for the event, promoted by Mayweather Promotions, TGB Promotions and Sampson Boxing, are on sale now and can be purchased at AXS.com.