Just two days before the Manny Pacquiao vs. Adrien Broner showdown, Mayweather Promotions is gifting the fans with the opportunity to enjoy a complimentary night of boxing with the presentation of Thursday Night Fights on January 17 headlined by Las Vegas fan favorite, Cameron “Suave” Krael (14-13-3, 3KOs) who will kick off his 2019 return to the ring from the MGM Grand Garden Arena in Las Vegas. The event is set to take place on Thursday, Jan. 17.

The night’s co-feature will see Mayweather Promotions’ eight-time, five division world champion, Layla “Amazing” McCarter (42-13-5, 5 KOs), who will look to continue her current win streak when she steps in the ring on fight night.

Tickets to Thursday Night Fights, promoted by Mayweather Promotions, are complimentary to fans and will be available at the MGM Grand Garden Arena Box Office beginning Monday, Jan. 14 at 10 a.m. Entry to the event will require a ticket. Tickets are limited and will be distributed based on availability with a limit of four per person on a first-come, first-served basis. 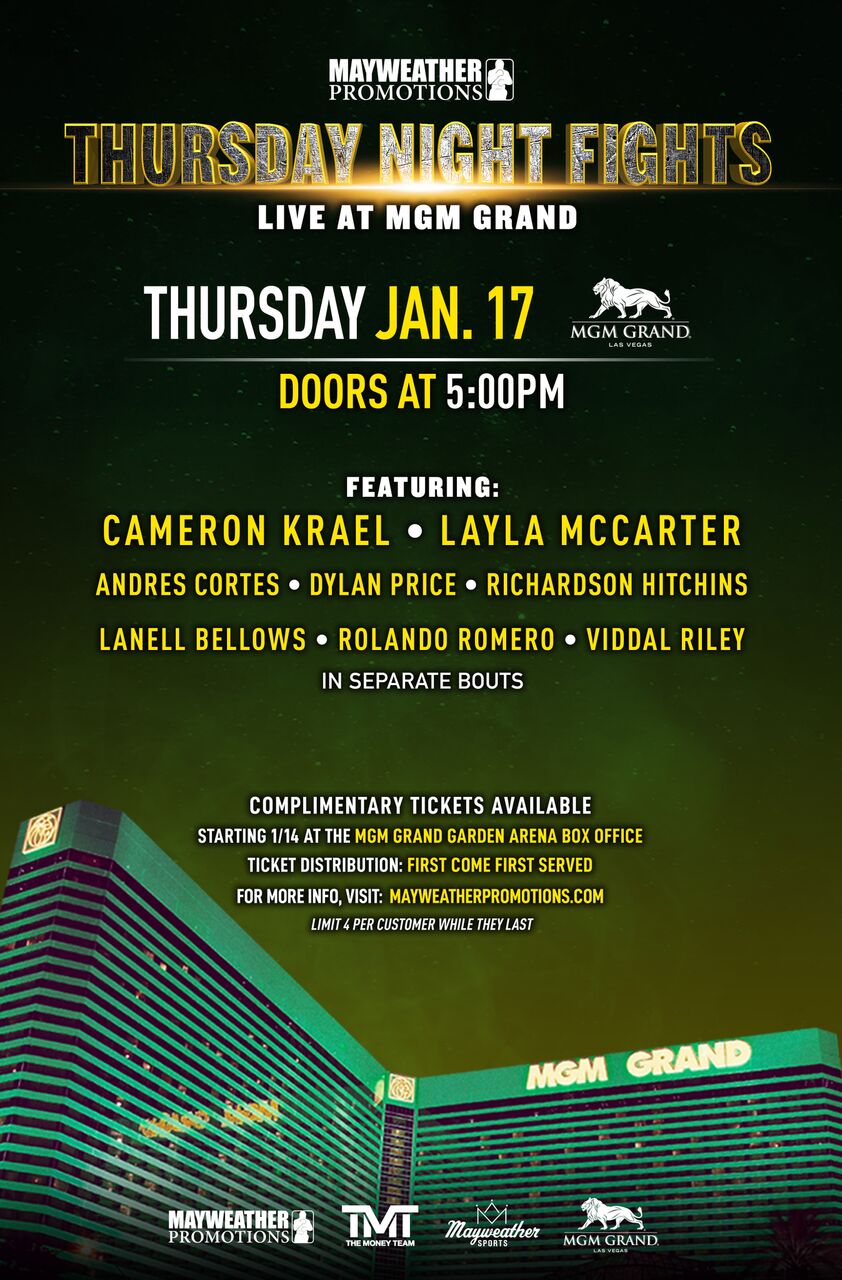