Undefeated WBC Heavyweight Champion Deontay “The Bronze Bomber” Wilder will put his title on the line for the ninth time when he steps into the ring against hard-hitting mandatory challenger Dominic “Trouble” Breazeale live on SHOWTIME and presented by Premier Boxing Champions on Saturday, May 18 from Barclays Center, the home of BROOKLYN BOXING™.

Wilder vs. Breazeale promises the type of explosive displays of power that fans have come to expect from the red-hot heavyweight division as the two knockout artists have combined for 57 knockouts in 62 professional bouts. Both men stand at 6-foot-7-inches tall, have engaged in numerous dramatic clashes and are fan-favorites at Barclays Center. Wilder will be fighting at the arena for the fourth time and Breazeale will be making his third appearance. 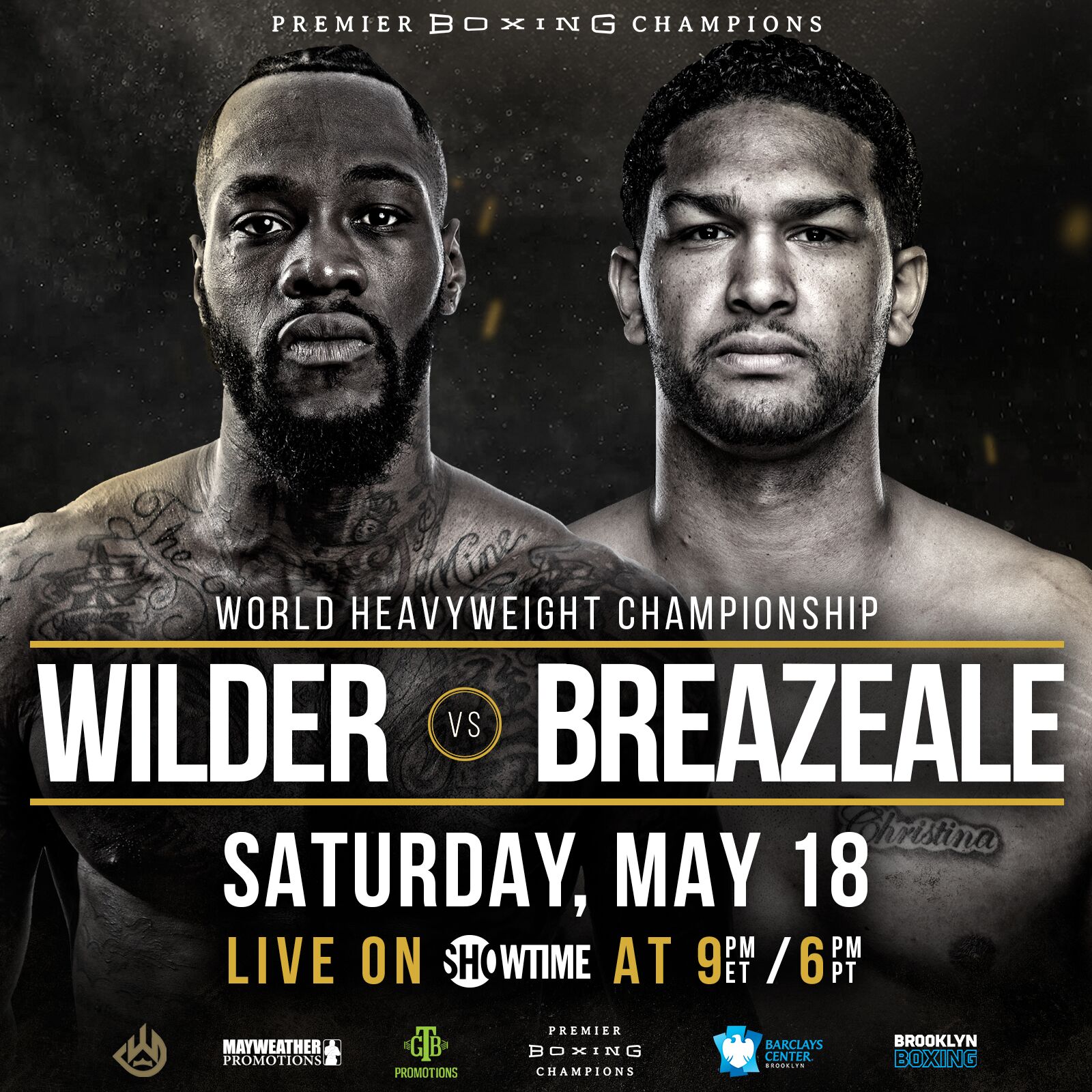