The 39-year-old Smith (29-8, 12 KOs) won his world championship with a majority decision over Cornelius Bundrage on Feb. 23, 2013 to become the first Las Vegas-native to win a world title. He has also challenged top fighters such as Erislandy Lara and Daniel Jacobs and most recently defeated Tommy Rainone and Frank Galarza in his last two bouts.

Williams (23-1-1, 15 KOs), one of the top young contenders in the 154-pound division, is working his way back into title contention by taking on a tough former world champion in Smith. The 27-year-old Williams of Philadelphia suffered a KO loss to Jermall Charlo in his first title shot in 2016 and returned to the ring with a TKO victory over Joshua Conley in his last fight on June 30. 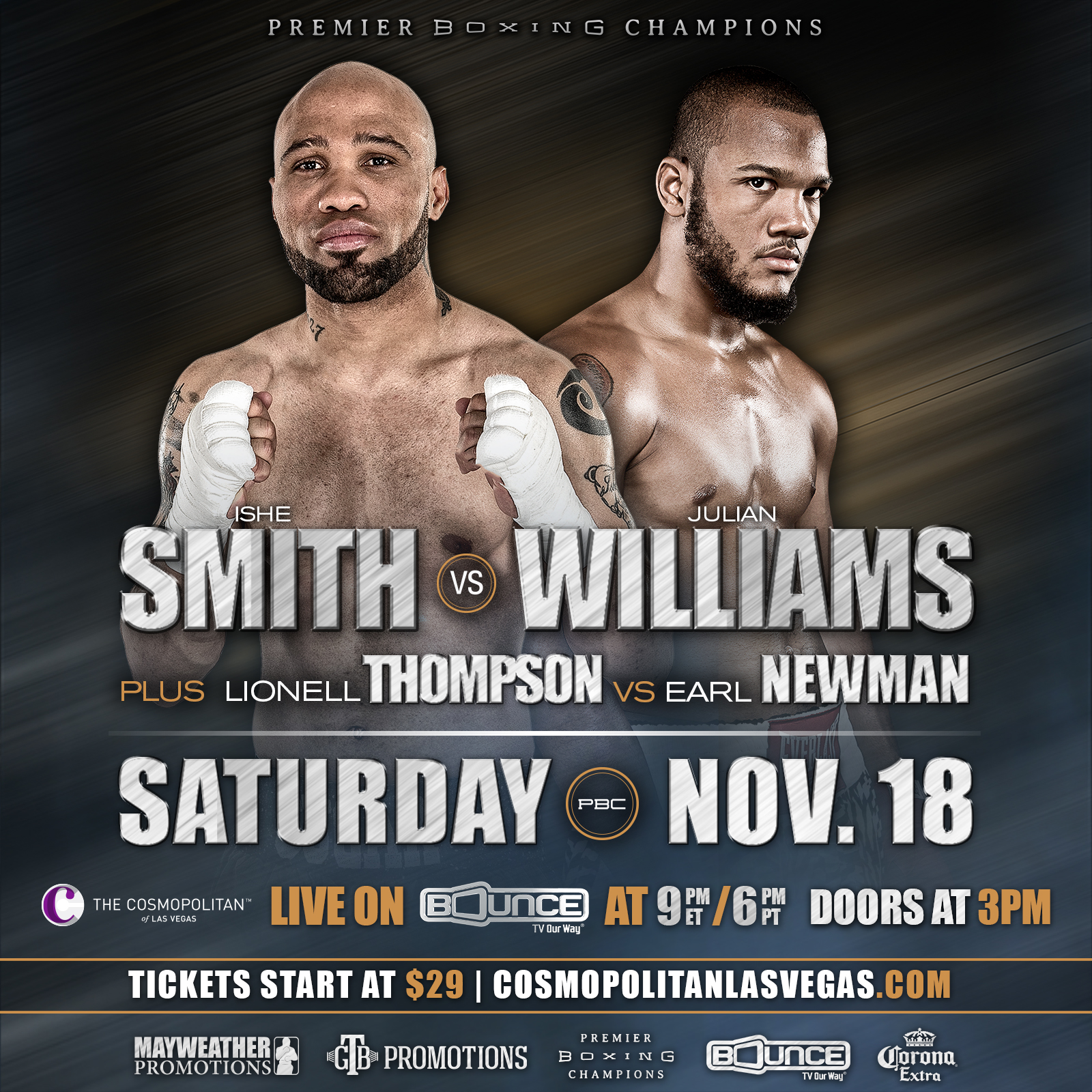