Four-division champion Adrien Broner will battle former welterweight world champion Jessie Vargas in the 12-round main event of a SHOWTIME tripleheader on Saturday, April 21 in an event presented by Premier Boxing Champions from Barclays Center, the home of BROOKLYN BOXING™.

Former champion Omar Figueroa suffered a shoulder injury in training that forced him to withdraw from his previously scheduled showdown against Broner.

Tickets for the live event, which is promoted by Mayweather Promotions, DiBella Entertainment and TGB Promotions, start at at $50 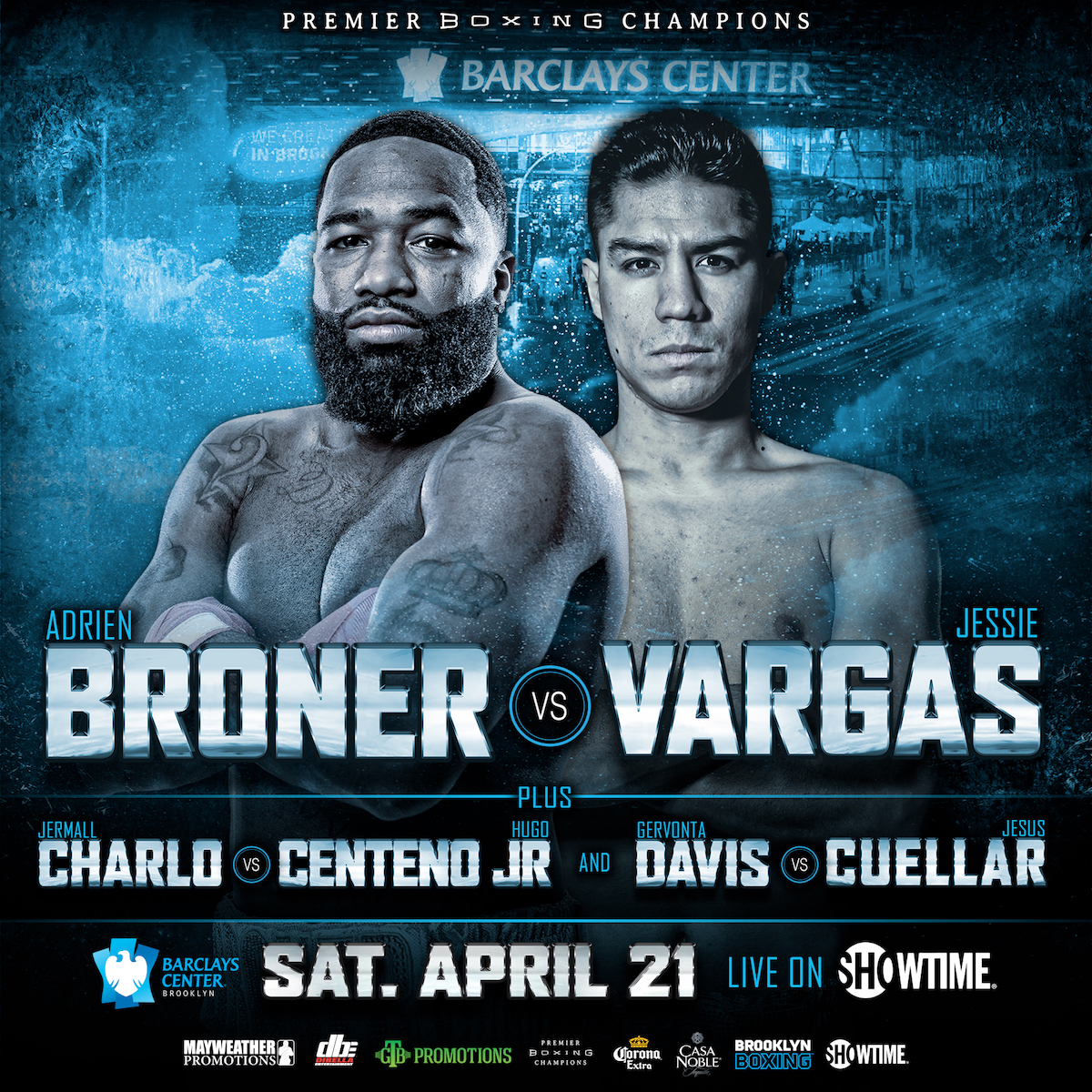