Senator Manny “Pacman” Pacquiao, boxing’s only eight-division world champion, will end his two-year hiatus from a U.S. boxing ring when he returns to Las Vegas to defend his World Boxing Association welterweight world title against former four-division world champion and must-see attraction Adrien “The Problem” Broner. The Pacquiao vs. Broner world championship event will take place Saturday, Jan. 19 at the MGM Grand Garden Arena. Pacquiao vs. Broner and its co-main event fights will be produced and distributed live by SHOWTIME PPV and presented by Premier Boxing Champions beginning at 9 p.m. ET/6 p.m. PT.

Pacquaio is coming off a vintage performance in July where he stopped Argentine slugger and world champion Lucas Matthysse inside seven rounds. Now, Pacquiao returns to the U.S. in his remarkable fourth reign as welterweight world champion. Broner, one of the most talented fighters in boxing, is aiming for his second stint as 147-pound champion. If victorious, Broner also will add a career-defining win against a future Hall of Famer to his already stellar resume.

Tickets can be purchased at the below: 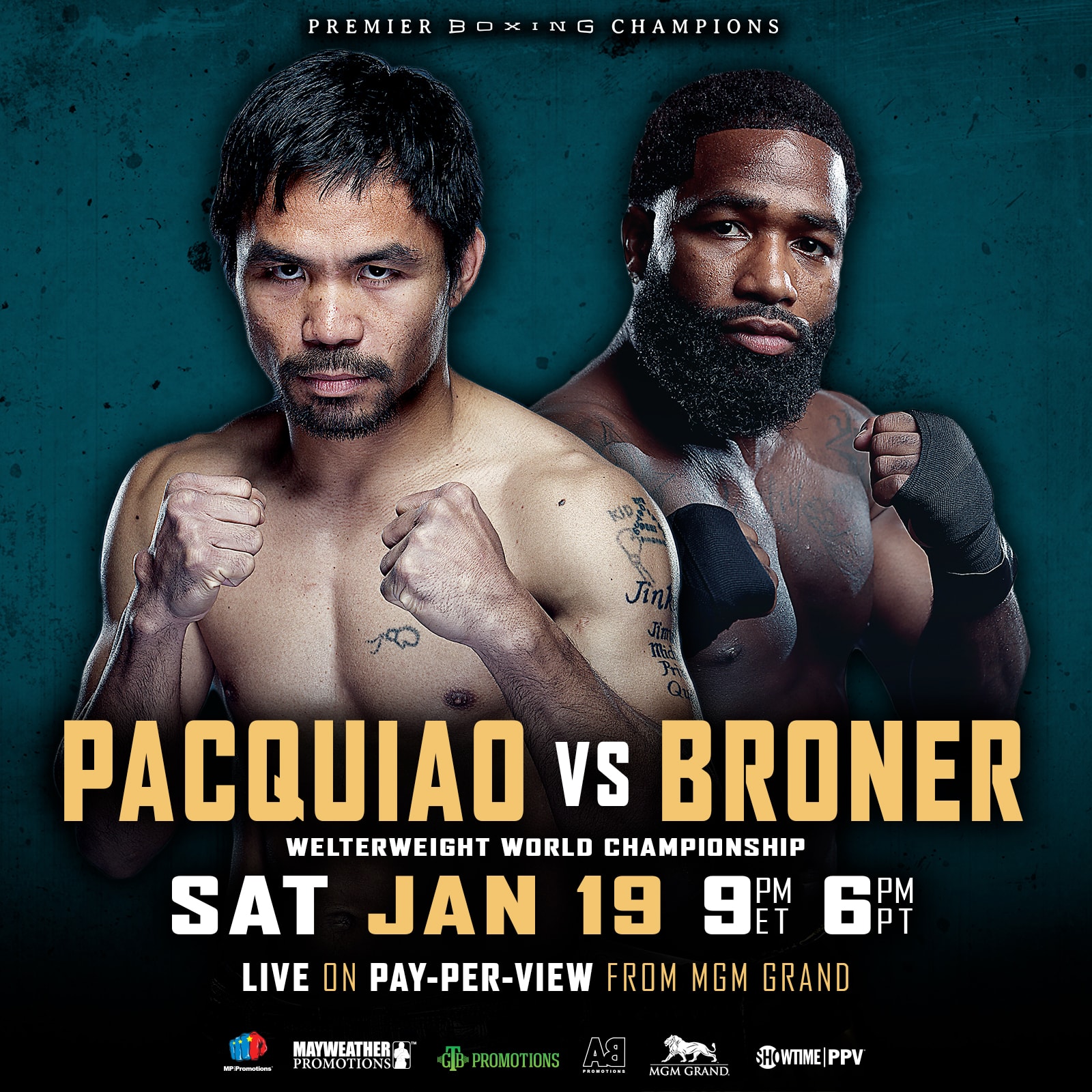