MAYWEATHER vs. MCGREGOR
Floyd Mayweather vs. Conor McGregor is a 12-round super welterweight matchup that pits the legendary boxer Mayweather against the all-time MMA great McGregor in an unprecedented event that takes place Saturday, August 26 at the T-Mobile Arena in Las Vegas.  The event telecast is produced and distributed by SHOWTIME PPV.

In anticipation of the once-in-a-lifetime showdown between legendary boxing champion Floyd “Money” Mayweather and UFC champion “The Notorious” Conor McGregor, fans are invited to celebrate the official multi-city Mayweather vs. McGregor World Tour! This event is open-to-the-public and tickets are complimentary. Come out to witness two of the greatest fighters in history go face-to-face live, ahead of their highly-anticipated August 26th event.

*All Media must apply for credentials for this event, you can submit by clicking here.

Follow the story on social media by using #MAYMACWORLDTOUR 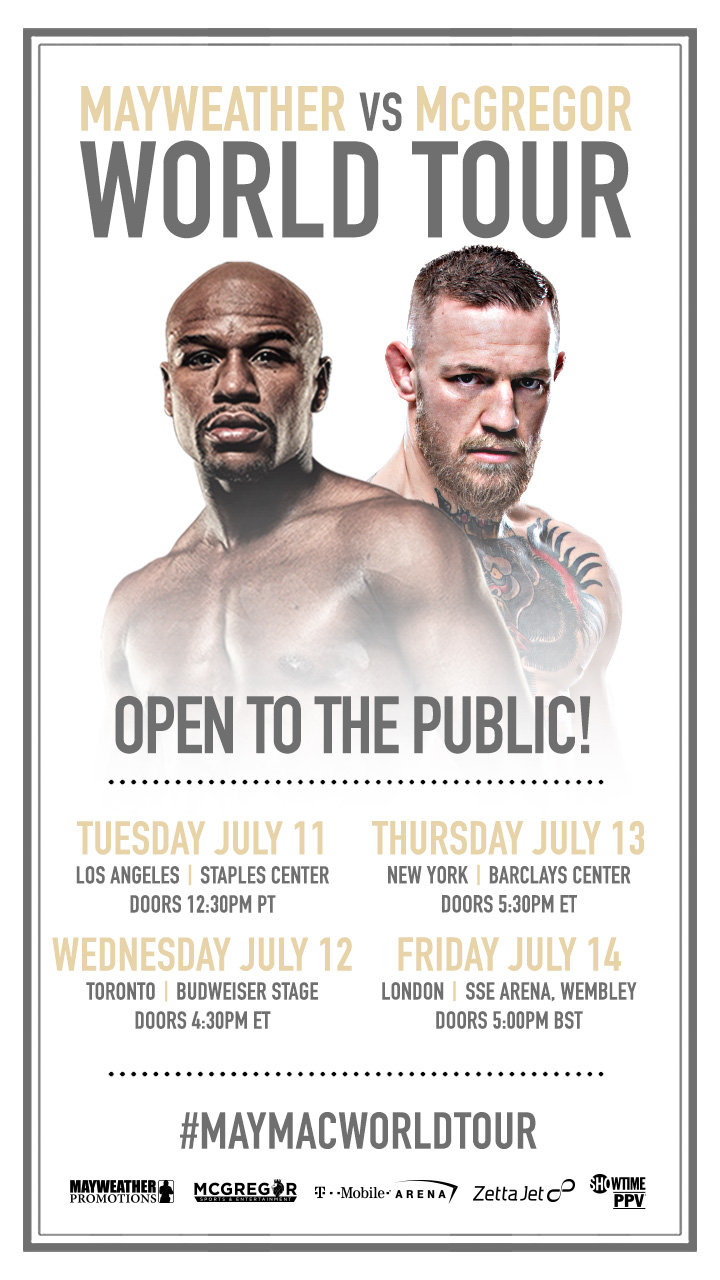