Ashley “Treasure” Theophane (39-7, 12 KO’s) will be featured in the main event, who has made it clear that he is here for redemption. Theophane, who was originally supposed to be featured on the last Sin City Showdown card on October 8th has taken this time to train harder, become more focused and is set to out perform and come out on top with a victory.

In surrounding action, young and exciting prospects Kevin Newman (6-0-1, 2KO’s) and stable-mate Maurice Lee (7-0, 3KO’s) will step into the ring in separate bouts for an exciting night of boxing as they look to further their undefeated record. Also bringing in the action is Mayweather Promotions first lady, Latondria Jones (4-0, 2KO’s) who has proven to be victorious since her professional debut, followed by newly signed Andres Cortes (3-0, 2KO’s). Opening the night are two recently signed amateurs making their professional debut, 19 year old  Oluwafemi Oyeleye and 21 year old Rolando Romero in separate bouts! 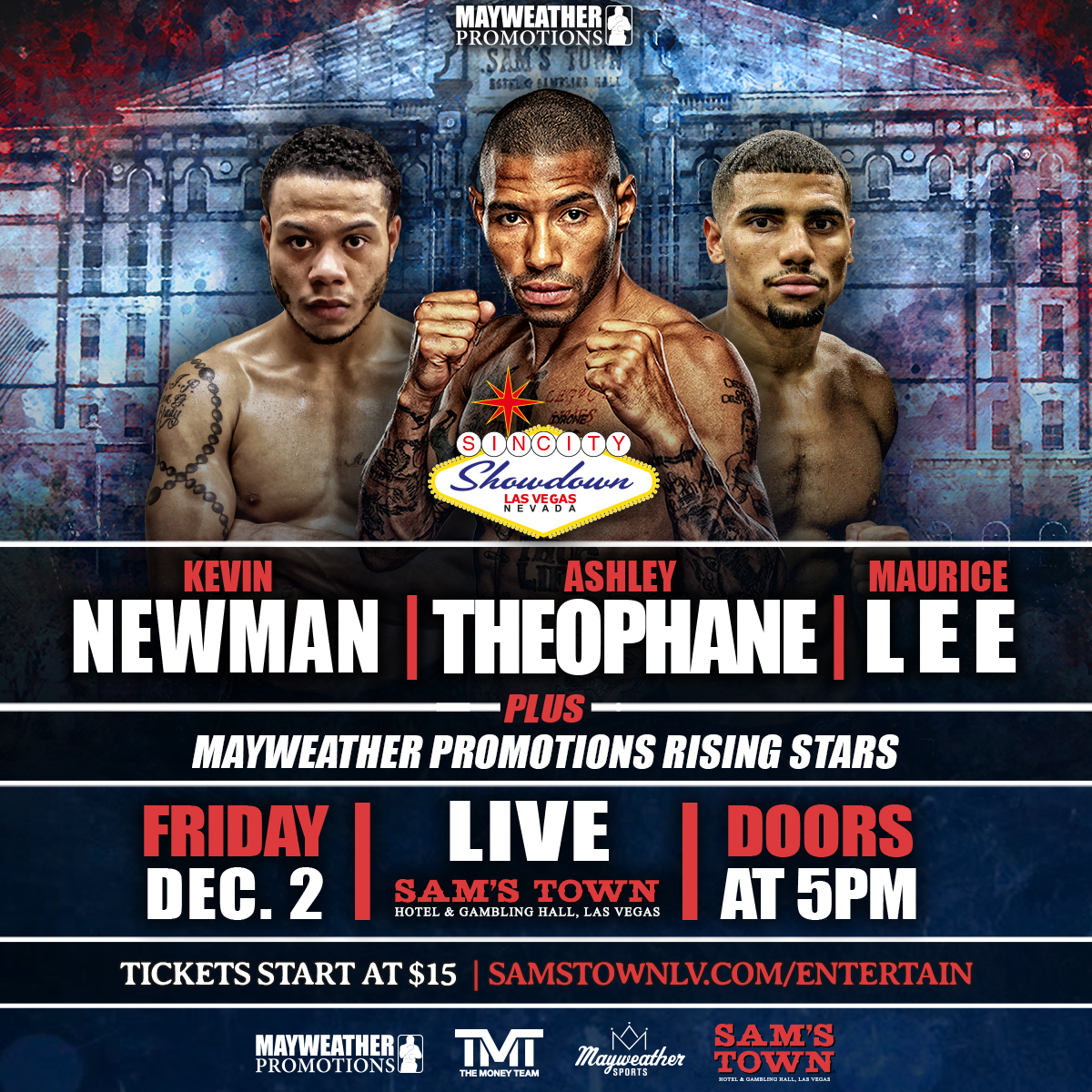