Undefeated super featherweight prospect Xavier Martinez returns to ShoBox: The New Generation for his second straight test on the series when he faces veteran Filipino Jessie Cris Rosales in the 10-round main event of a four-fight telecast on Friday, November 1 live on SHOWTIME (10:30 p.m. ET/PT) from Sam’s Town Live in Las Vegas.

Four of Mayweather Promotions top prospects will be on display, as 2016 Olympian Richardson Hitchins (9-0, 5 KOs), once-beaten Las Vegas native Kevin Newman II (10-1-1, 6 KOs) and undefeated knockout artist Rolando Romero (9-0, 8 KOs) will also fight in separate bouts. Welterweight prospect Hitchins will take on once-beaten Kevin Johnson (7-1, 4 KOs) in an eight-round bout, while middleweight prospect Newman will look to avenge the only loss of his career to Mark Anthony Hernandez (14-2-1, 3 KOs), a participant in the 2018 reboot of The Contender, in another eight-round matchup. Romero will open the telecast against an opponent to be announced.

Tickets for the Mayweather Promotions’ Sin City Showdown start at $25 and are available at http://bit.ly/11-1sincityshowdown. 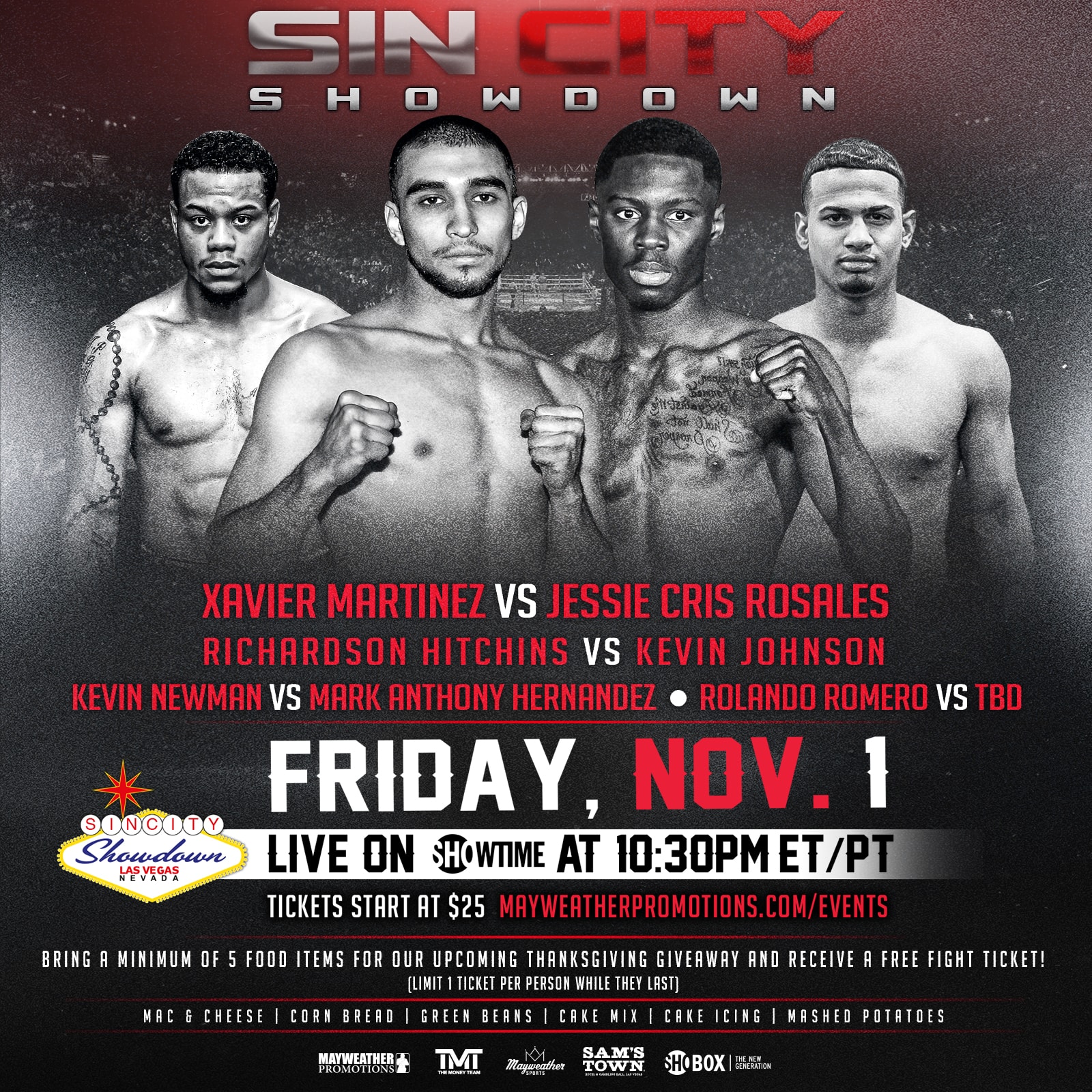