Born and raised in Inkster, Michigan, J’Leon Love’s first encounter with boxing occurred by chance while witnessing an Army vs. Navy boxing competition on television. He was immediately hooked. Unfortunately, his mother didn’t share her son’s enthusiasm for the sport, but eventually Love saved up enough of his allowance to pay the dues at the famed Kronk Gym in Detroit – the same gym that produced fighters such as the likes of the legendary Thomas Hearns.

An instinctive boxer-puncher, J’Leon compiled over 100 amateur victories while training at Kronk Gym. His elite training built the foundation upon which he would lay enumerable accolades as a young boxer. During these formidable years, Love competed in the Olympic trials, National PAL, and Golden Gloves tournaments.

In 2010, J’Leon decided that the pro game was better suited for his power-punching methods. In true Love style, he made his emphatic debut at the Mohegan Sun Casino in Connecticut on January 29, 2010 with a 93 second KO of Vince Burkhalter. Since that moment, he has been chasing his destiny – ripping through all but one of his opponents in champion-like form.

His first bout under the Mayweather Promotions banner took place on February 23, 2013 in his hometown of Detroit. His 15th victory was earned by way of UD over Derrick Findley. On December 6, 2013, J’Leon KO’d Lajuan Simon in the 6th round in route to win number 16. 2014 had its ups and downs for the promising fighter, he TKO’d Vladine Biosse during the 10th round of his February 28th bout and earned his 18th triumph by way of UD after out-pointing Marco Antonio Periban during the Mayweather vs. Maidana undercard. On August 30, 2014 J’Leon headlined the Desert Showdown in Las Vegas and suffered the first loss of his professional career to a left hook by veteran boxer Rogelio Medina. However, when you fight with as much ferocity as J’Leon does, setbacks become opportunities for the most grandiose comebacks. It was business as usual when he returned to the ring on March 28, 2015 to defeat Scott Sigmon by UD. He finished 2015 with victories over Jason Escalera and Marcus Upshaw. His first fight in 2016 took place in Washington D.C. on April 1st t in front of a sold-out crowd where he stopped Michael Gbenga in the 5th round. Love returned to the ring on September 16, 2016 to take on challenger Dashon Johnson that earned him his 13th KO win.  His September 8, 2017 bout against Abraham Han resulted in a draw.  He was back in the ring on May 26, 2018; where he added another win to his record when he defeated Jaime Barboza by way of UD. Love looks forward to advancing his career is prepared for the next opponent he is faced with.

Love lives and trains full-time in Las Vegas at the Mayweather Boxing Club. He is trained by Chris Ben-Tchavtchavadze. Although boxing is what makes him come alive, he says he would be an actor or model if he wasn’t already focused on reaching the apex of his sport.

He’s a selfless family man first and foremost. After the loss of his brother, Gerald, he assumed responsibility for the 10 children Gerald left behind and is committed to being there for them every step of the journey. He maintains that this duty to take care of his loved ones is what wakes him up each morning with a smile on his face and an unbridled need for achievement. When Love convinces himself to take a break, he likes to enjoy riding his dirt bike along the peaceful desert trails or traveling the globe to a new and exciting destination, or perhaps he is indulging in a Spanish or Caribbean dish, two of his favorite foods.

Love has gone toe-to-toe with adversity his entire life and his battle is most glaring under the bright lights within the ring. Love is looking to continue taking care of business in the ring and is eager for his next opportunity. He vows that he will always find a way to come out on top, and if his past is any barometer for his future, he will. As he puts it bluntly, “Don’t ever count me out!” 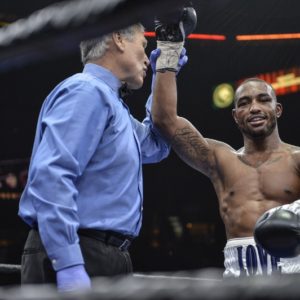 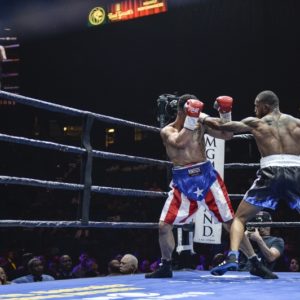 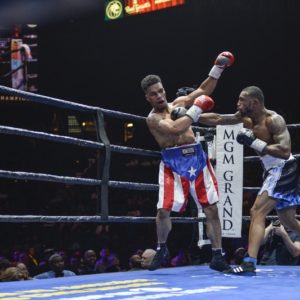 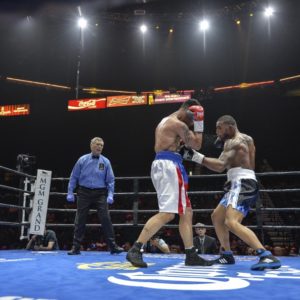 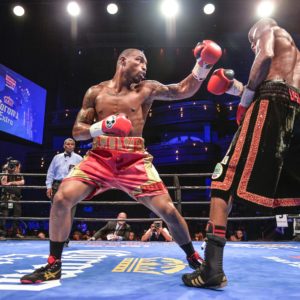 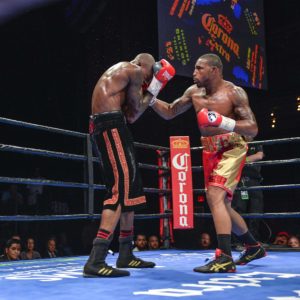 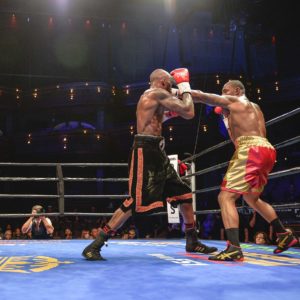 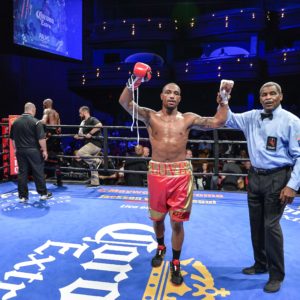