Floyd Mayweather on Green and Gold for eternity!

The World Boxing Council is honoring the stellar career of Floyd Mayweather by placing his picture on each of its famed Green and Gold Belts.

Throughout his exceptional two decades in the pro ranks, which included 50 bouts having gone undefeated (27 knockouts), and winning WBC World Championships in 5 divisions: Super Featherweight, Lightweight, Super lightweight, Welterweight and Super welterweight, Floyd has been a constantly loyal as well as a brilliantly successful WBC fighter. For him Green and Gold has always come first and foremost.

“I’m honored to have the WBC include my likeness on their Green and Gold belts for eternity,” said Mayweather. “I remember the first time I won a WBC belt and saw the photos of the great champions on there and always wanted to be there too. It really is a dream come true for me to be alongside the great Ali , and WBC founder Don Jose, and to be recognized by them for my contributions to the organization and the sport. I am beyond grateful to receive this honor. ” 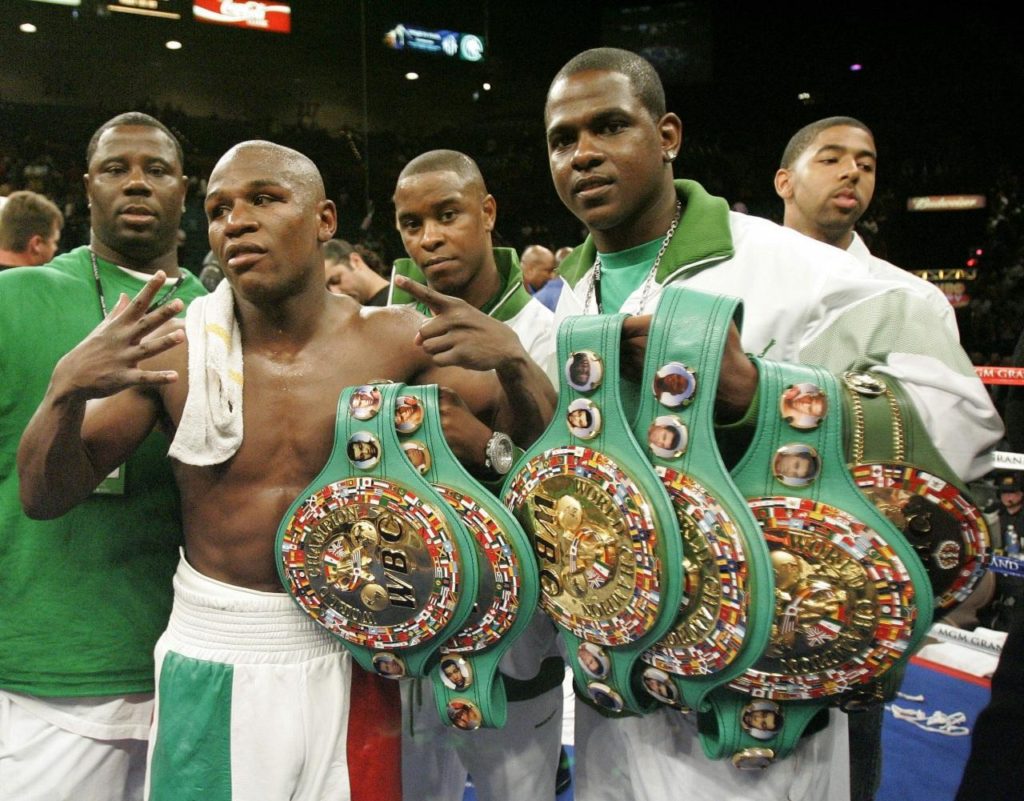 The most accurate boxer recorded by Compubox, Floyd is the very essence of precise punch delivery with the highest percentages, while receiving the fewest number in return. A master craftsman, he is famous for the shoulder roll as well as slipping punches and possessing unmatched intuitive ring generalship.

Floyd joins Muhammad Ali and Don Jose Sulaiman, as the constant images that will appear on each WBC Green and Gold World Championship Belt. Currently, each weight category’s WBC World Championship belt features the two greatest champions of the division and the sixth picture is the one from the reigning champion. Ali is known as “GOAT” The Greatest of all time, Floyd as “TBE” The Best Ever and Don Jose, who modernized and gave the sport humanity together with revolutionized safety, is considered The Father of Modern Boxing. 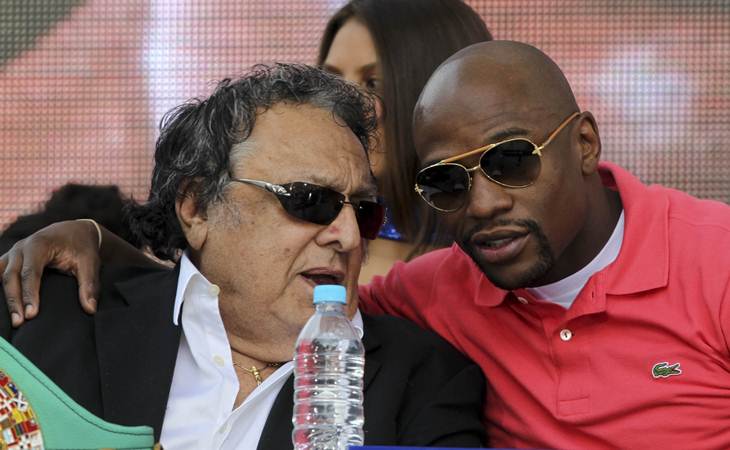 The World Boxing Council which was founded in Mexico City on February 14th 1963, initially developed a black satin belt with a silver center plate, during that decade.

The famed Green and Gold Belt, first appeared in the 1970`s, and significantly developed ever since. The evolution continues.
The WBC World Championship belt features a gold centerpiece with the official WBC logo and the acronym WBC incorporated within three circles of flags, which today numbers hundred seventy affiliated nations to the WBC. Each belt, which is an original masterpiece consists of legendary company Cleto Reyes leather and the handmade plaque manufactured by artisans from Jurado workshop. Their true value is beyond monetary worth, it means Hope and Glory and represents the sacrifice boxers make to aspire to win it.

To win a Green and Gold Belt is the ambitious dream of every young boxer, from the very moment they first put on a pair of gloves. For the very few that reach this summit of achievement it`s the culmination of their desire, backed up by talent and total determination, expending blood, sweat and tears. Retaining that Belt and climbing higher into other divisions to win yet more, is the preserve of but a handful of marvelous champions. 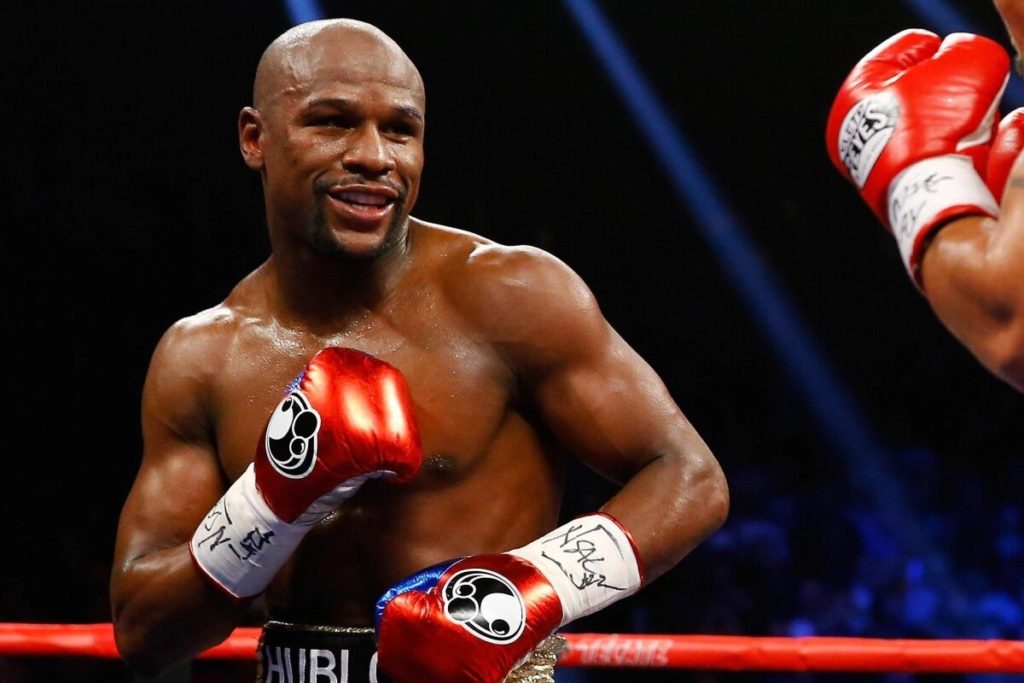 FLOYD HAS GLORIOUSLY EARNED HIS PLACE ON THE WBC BELT

Floyd`s career is fifty undefeated fights with twenty seven KO`s. Floyd fought some tremendous opponents, overcoming them all. Significantly, unlike other champions, Floyd`s abilities didn`t erode over time, and he successfully moved up weight categories without glitches. He retained his physical condition and his great skills.

Floyd also had the distinct and distinctive advantage of coming from a family of boxers including his Father Floyd Sr., as well as Uncles Roger and Jeff. They meticulously developed, tutored, honed and perfected Floyd`s consummate natural skills. 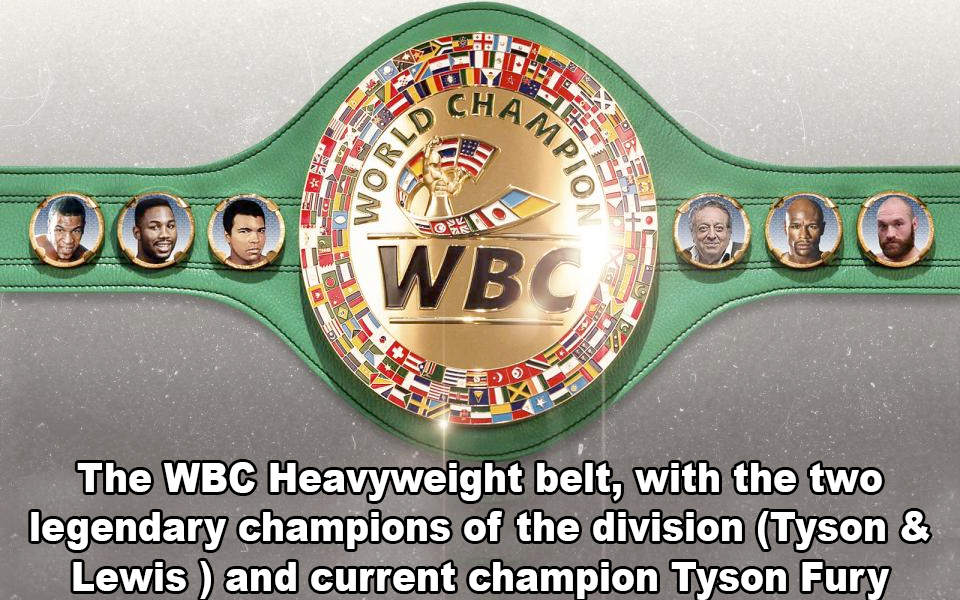 Floyd`s first championship was the WBC super featherweight belt, with a victory over Genaro “Chicanito” Hernandez, who`s corner stopped the fight after eight rounds. Years later, following a tremendously courageous battle against cancer, Genaro died in 2011 and Floyd paid for his funeral. In spite of Genaro`s illness, he was a WBC Cares Volunteer visiting hospitals, donating presents and encouraging young patients, often suffering with the same illness as him, not to give up and to battle on…often to the victory of recovery. Floyd dominated the division defending the title eight times. 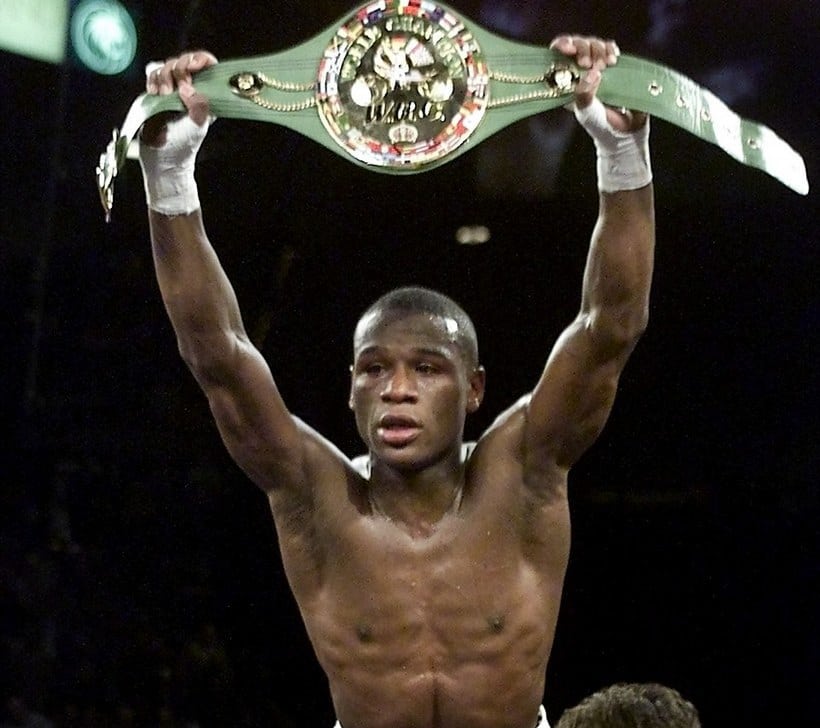 In his first fight against Jose Luis Castillo with the WBC lightweight title at stake, Floyd fought with a damaged left rotator cuff, sometimes switching to southpaw. Floyd had a real battle on his hands but won a unanimous decision. Following successful surgery a healed Floyd won another unanimous decision against Castillo considerably more easily.

Floyd conquered the world notoriety when he challenged and defeated Aruro Gatti for The WBC super lightweight championship in a masterful performance. Then came The WBC welterweight championship defeating Carlos Baldomir by unanimous decision.

Floyd’s career continued with amazing results as he reconquered WBC glory in Welterweight and Superwelter in years to follow. Floyd did so by defeating Victor Ortiz, Miguel Cotto, Robert Guerrero, Canelo Alvarez , Maidana , Pacquiao and Berto in WBC championship fights. 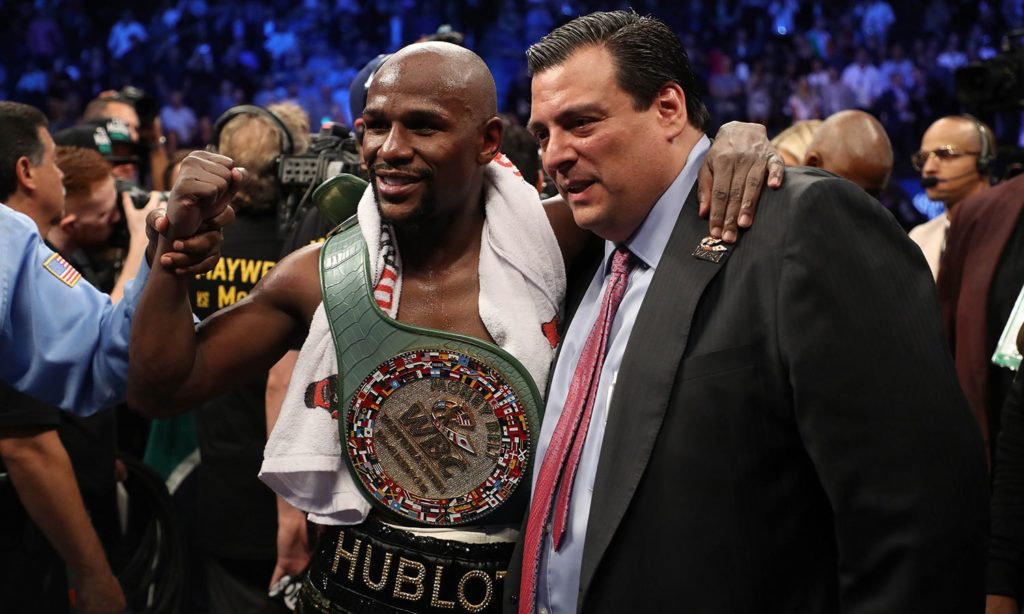 The World Boxing Council is very proud Floyd`s image is now on our Green and Gold Belt.