Free domestic shipping in the United States on orders over $75 and free international shipping on orders over $150
*Due to the COVID-19 pandemic shipping services are experiencing delivery delays*
HOMETOWN LOVE CONTINUES TO POUR IN FOR TWO-TIME WORLD CHAMPION GERVONTA “TANK” DAVIS! 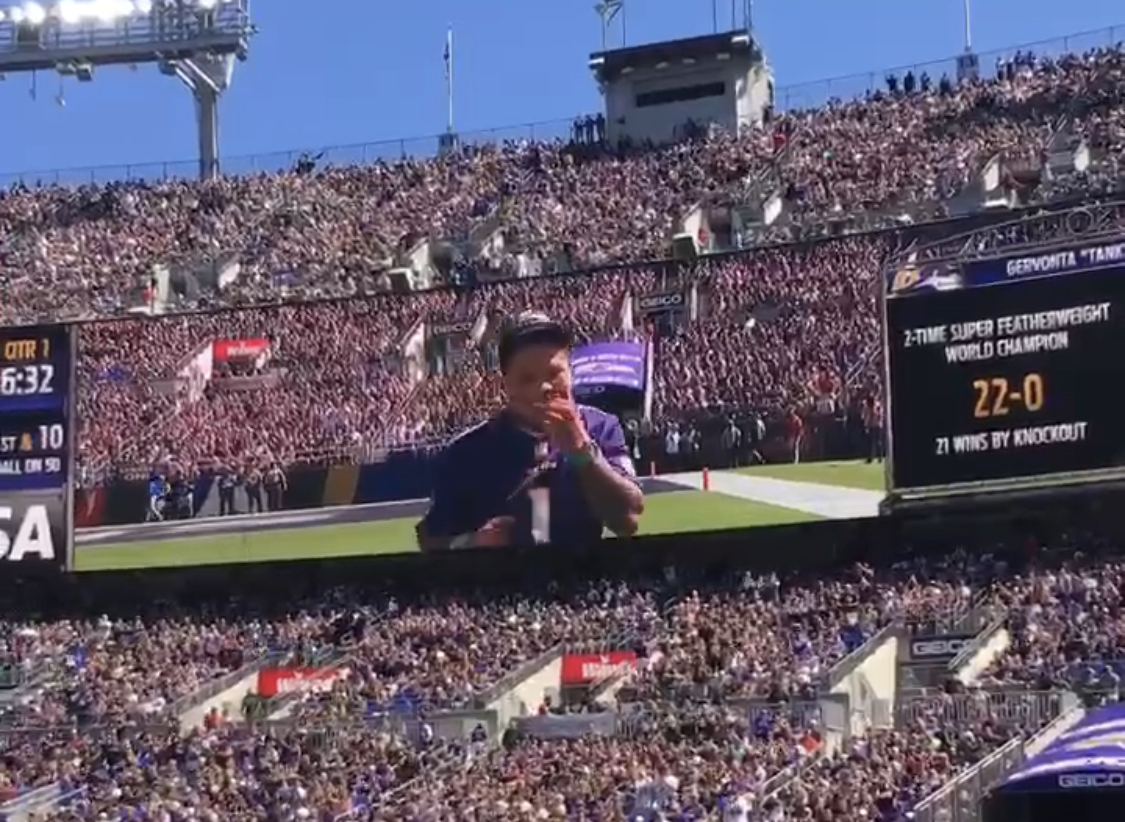 This is yet another accomplishment to a rapid-growing list of accolades the rising star has accumulated in his hometown. On August 17th a week before Davis vs. Nunez fight, Davis was invited by the Baltimore Orioles to throw the first pitch at their home game against the Boston Red Sox. To kick off Gervonta’s historical hometown fight, Mayor Jack Young honored the undefeated Baltimore native with a key to the city ceremony on July 24th. A few days later on July 27th, Davis successfully defended his WBA world title in front of a sold-out crowd at Royal Farms Arena. A major milestone for Davis, who became the first Baltimore native to make a title defense in his hometown since Harry Jeffra in 1940. Davis is now a part of a limited list of Baltimore world champions including Joe Gans, who was also the first African American world champion in boxing in 1902, and Vincent Pettaway, a former super welterweight champion who showed his support for the young star by being in attendance at Davis’ hometown fight.

The accumulation of his success in the ring and the love he has for his city has sky-rocketed the twenty-four-year-old to star status. Davis is an integral part of the Baltimore community and he’s shown much gratitude for the love he’s received from his hometown.

“There was a moment when I was standing on the field where everything just stopped, said Davis. It was surreal. I’ve walked out to the ring in front of a sold-out crowd before, but never 80,000 fans. This is a new reach for me and my brand and I’m just thankful to have the support I do from my fans and my city. This is just the beginning, who knows, maybe I’ll be fighting inside this same stadium in the future.”

A city that is known for violence is the same city he credits his success and humble demeanor to. The two-time world champion is making it his responsibility to use his platform to help rebuild the city that raised him, through non-profit initiatives and events such as his recent Back-to-School giveaway held on August 23rd at the Upton Boxing Center, where he was joined by NBA star Carmelo Anthony, and handed out backpacks, school supplies, clothes, and shoes to several hundred community members.

In the midst of creating his legacy and experiencing his recent success, Davis has exemplified leadership and heart and he’s never shied away from admitting the impact Baltimore has had on his burgeoning career. Looking ahead, Davis is set to be recognized for his excellence by the city of Baltimore at the beginning of October with a parade in his honor. He will be joined by Mayor Jack Young and a few other key members of the community. The event is open to the public and an official date will be announced in the coming weeks. For more details be sure to check back to Mayweather Promotions website and social media channels.