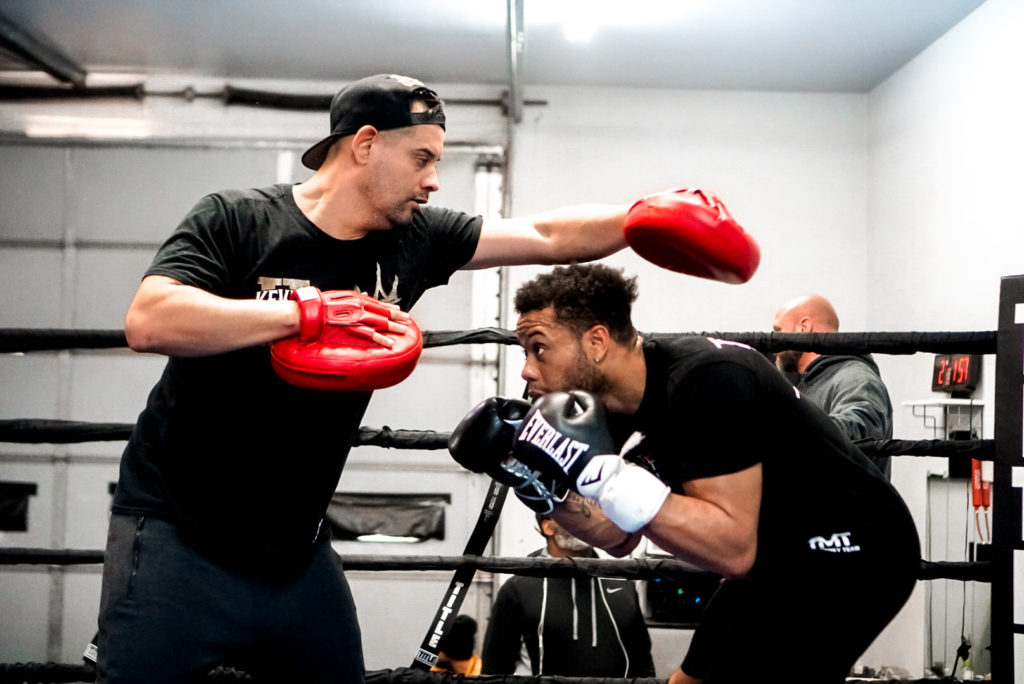 Tickets for the Mayweather Promotions’ Sin City Showdown start at $25 and can be purchased at: https://mayweatherpromotions.com/events/.

Cruiserweight prospect Riley (3-0, 2 KOs) will put his undefeated record on the line against Abdullah (4-1-1, 2 KOs) in a four-round cruiserweight bout. The 22-year-old Riley represented England at the European Junior Boxing Championships in Russia in 2013. As an amateur, Riley won eight national championships and had a record of 41-8 (19 KOs). He recorded knockouts in his first two pro fights and notched a four-round unanimous decision in his third pro bout. Recognized widely as the trainer for YouTube star KSI, Riley is eager to step in the ring on February 28 to make a powerful statement and showcase his abilities in the ring.

Since suffering his only decision loss in 2016, Miller has won 11 fights in a row, adding six knockouts to his resume, plus a victory over current world champion Jamel Herring. By facing a steady slew of veterans and contenders, Miller is in position for a world title fight in the not too distant future. Miller comes off a split decision victory over Jezzrel Corrales on the Davis vs. Nunez undercard. This will be the first fight of the year for Miller and his eighth Sin City Showdown appearance.

Born Kansas City Missouri, but fighting out of Las Vegas, Nevada, Bellows garnered the alias “KO” after clearing his opponents out in the ring with 12 out his 19 victorious by KO. Bellows turned pro in 2012 after being signed to Mayweather Promotions, and the super middleweight is determined to stay busy and get back on track to a title opportunity in the near future.