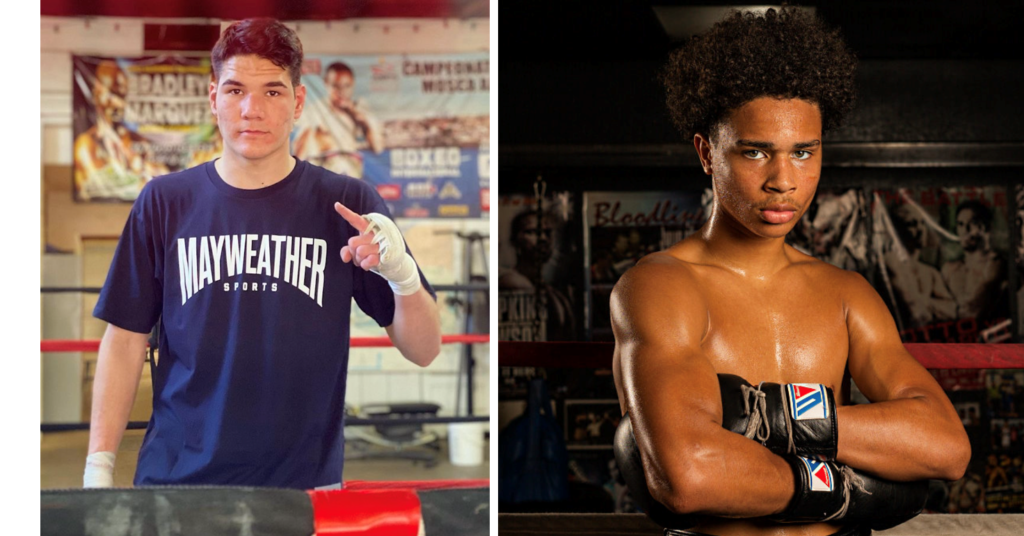 “We’ve added two more talented prospects to the mix, and we’re looking forward to getting started with guiding their careers as things start to open back up,” said CEO of Mayweather Promotions, Leonard Ellerbe. Keep these young fighters on your radars because it’s going to be exciting to watch them come up in the sport.”

I’m happy to be able to announce that at 17 I signed with the best stable in boxing,” said Micky Scala. My team and family’s hard work has paid off. I am more than thankful for the Mayweather Promotions team for giving me the opportunity to showcase my skills to the fullest. Thank you to everyone who has helped me get here, especially my family, they drive me to be the best person I can each and every day. We are just getting started!”

“This is a dream come true,” said David Lopez. “Growing up, Floyd was someone that I looked up to and watched 24/7. This is a huge blessing and I’m thankful to start my professional career and show the world how great I am.”

Eighteen-year-old Mesa, Arizona native Micky Scala currently holds a current record of (2-0, 1 KO). He made his professional debut on July 26, 2019 in Tijuana, Mexico where he defeated his opponent, Carlos Alfredo Ruiz Vega, by unanimous decision. Prior to the world shutting down early 2020 due to COVID, Scala made his Mayweather Promotions debut before officially signing with the company and that’s where he caught the eye of Leonard Ellerbe, which ultimately led to making the deal official. Scala looks to carry his strong Italian heritage and to become one of the next Italian greatest fighter legacies.

David Lopez, originally from Oakland, CA. was first introduced to the sport by his father Kris Lopez who also plays the role of trainer. The seventeen-year-old recalls watching his father at an early age hustle to pay the bills while running his gym, Lighting’s Boxing Club. Lopez was the reining #1 amateur in 2015 & 2016 in the U.S.A before his father and him made the choice to start focusing on taking his talents to professional level. The southpaw fighter looks up to Floyd Mayweather as a major source of inspiration to his fight style, so when the opportunity to sign with the legendary stable appeared, he rose to the occasion.