Saul Rodriguez looks ahead to his return to the ring on February 24th vs. Chile’s Oscar Bravo at Pechanga Resort & Casino 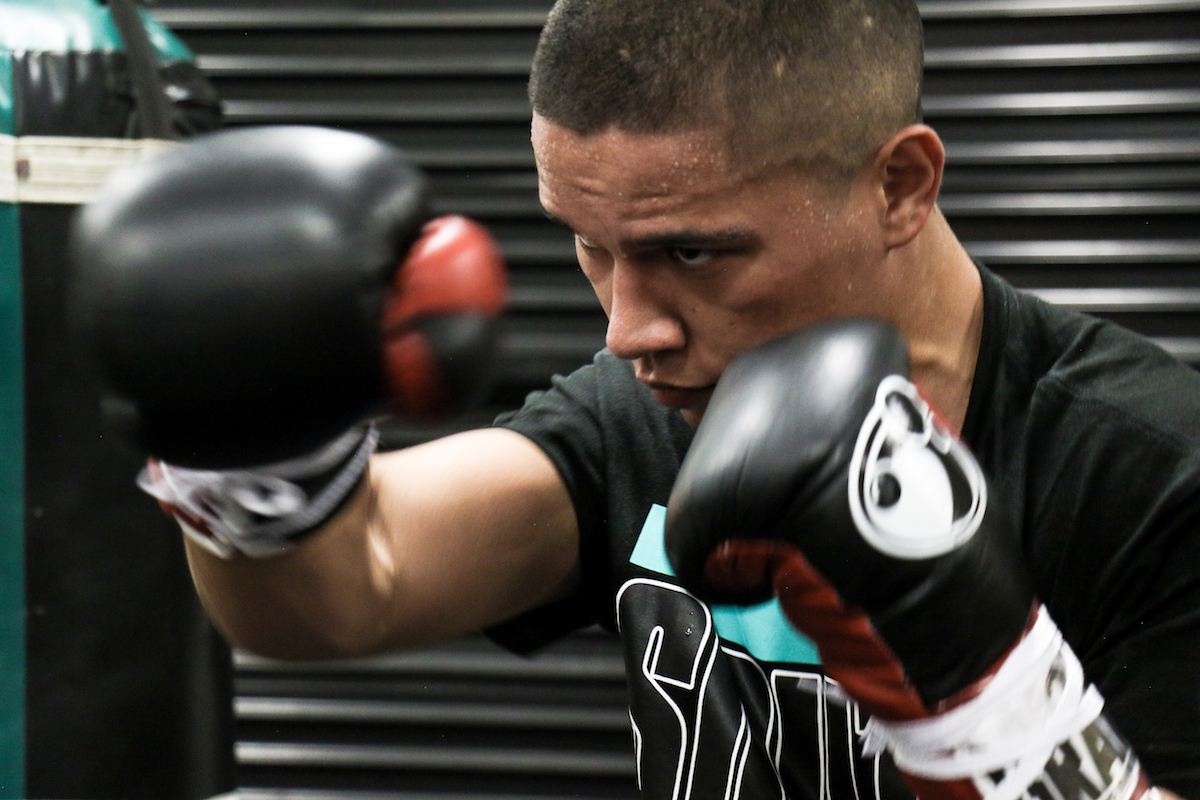 Saul “Neno” Rodriguez best known for his knock-out power, who “deceives” his opponents with his baby face, is ready and looking forward to his return to the ring and Mayweather Promotions debut on February 24th at Pechanga Casino & Resort in Temecula, CA vs. Oscar Bravo. The matchup between Rodriguez and Bravo will be featured as the co-main event action on Showtime’s ShoBox: The New Generation series. Rodriguez has been tested by some tough opponents since his 2011 debut, notable opponents include: Miguel Zamudio back in 2014 by KO, Ivan Najera by TKO in November 2015, and Daulis Prescott who he beat by KO on May 14th, 2016.

It’s been almost a year since the Lightweight prospect stepped into the ring, but the quiet time has given Rodriguez just the right amount of time to prepare mentally and physically. Rodriguez is back training with his father Saul Rodriguez Sr., since leaving Robert Garcia after his contract with Top Rank expired. “My father is who knows me best, he knows my style, how I fight and how to get me better.” the 23 year old prospect says, Rodriguez father was an amateur boxer back in Mexico and has been his sons trainer, off and on, since he was 12 years old. He took on the role after Rodriguez initial trainer Andy Suarez (notable for training the legendary Josesito Lopez) passed away.

“I am excited to get back in the ring, I feel great about my camp and having a new mentor to help guide my career” says Rodriguez. He goes on to confirm what the determining factor was in signing to Mayweather Promotions back in December, by stating, “Floyd was instrumental in me signing with Mayweather Promotions, he has showed me an open line of communication. He’s been there to watch me train, he flew to Miami and LA to see me, and has been at The Mayweather Gym in Vegas to help guide me, no matter the time he’s there to pick up my calls and give me advice, this is something I didn’t really have before.”

Since signing with Mayweather Promotions, Saul is back in Riverside training at The Riverside Boxing Academy with his father getting ready for his debut fight. Rodriguez lives with his family, his parents, and older sister Katherine. His mother Gabriella Rodriguez serves as his nutritionist, “she knows my body better than anyone else, she knows what I need in order for my body to perform at its best”. With the support of both his parents serving a vital role in the young fighters career, and the support of his new found mentor, Floyd Mayweather, Saul is eager, and looks to further his undefeated record (20-0-1, 15KO’s) on Saturday, February 24th at Pechanga Resort & Casino.