WITH JESSIE CRIS ROSALES THIS FRIDAY ON SHOBOX: THE NEW GENERATION FROM SAM’S TOWN LIVE IN LAS VEGAS 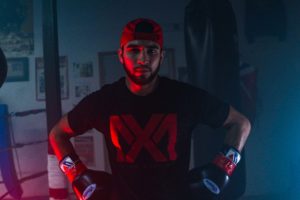 Coming off of six consecutive knockout victories, rising prospect Xavier Martinez will make his second appearance on the prospect developmental series this Friday. The Sacramento-bred fighter was steered into the sport of boxing at the age of 6 and guided by respected trainer Ray Woods, the step-father of deceased former three-division world champion Diego Corrales. The 22-year-old boasts an undefeated record and will look to close out 2019 with his third knockout of the year.

Here is what Martinez had to say ahead of his matchup this Friday with Rosales:

“He’s experienced and a decent fighter, but I feel that he hasn’t been in the ring with anyone like me. I feel that my style, speed, and power will be a surprise for him. He’s said that he’s fought fighters better than me, but he’s never got in the ring with me, so I don’t understand how he thinks that.  He’ll learn his lesson on November 1.”

Game plan going into this fight:

“I’m going to go in there and be Xavier Martinez and fight how I know how to fight and do my job to get the win. I have the support of my trainer, who’s like a father to me. Ray Woods has been guiding me and preparing me to be ready for whatever comes my way. I’ve been fortunate enough to have him in my corner; he taught me since day one not to be a one trick pony. I have been tightening up my skill set and I’m even more explosive from my last fight. My game plan is to keep control and that’s what I’ve proven I do best.”

What the fans can expect to see on November 1:

“They will see another great performance. This fight I plan to make an even bigger statement than my last fight. I want to show everybody who I am. My last fight on ShoBox was a great opportunity for me to be on television, so this fight is going to be even more exciting. I don’t want to give too much away but I plan to gain more fans and of course I’ll aim for my sixth knockout.

First time as the main event on ShoBox, what does this opportunity mean to you?

“This is a huge opportunity for me. It puts me right in the spotlight and gives me a lot of drive to show everyone why I’m the main attraction. From here on out I think there will be more opportunities on big platforms for me to showcase my talent. I’m thankful to my team Mayweather Promotions for putting me in position to showcase my skill and I thank SHOWTIME for believing in me enough to give me this opportunity.”

“Training camp has been going great. This camp I added a nutritionist to help me get through camp without being tired from dieting. I also have a strength and conditioning coach who has been helping me with taking care of my body and pushing myself to the limits. It’s all mental at the end of the day which will show in the ring. I have always kept my body in shape, but now I’m able to elevate and put everything together to be the complete fighter which everyone will see on Friday, November 1st.”